Nortel sells its patents to Ericsson 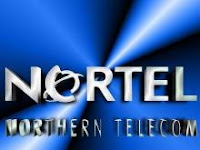 I am indebted to Joff Wild who reported on his IAM blog the recent developments on the Nortel asset sale. A few weeks back we discussed the bid by Nokia Siemens Networks on our post and significantly noted that the LTE patent rights were not included in the bid for USD 650 Million. Swedish company Ericsson pipped them with a massive USD 1.13 billion offer which included apparently the patent rights.

This apparently has upset Canadian company RIM and a number of politicians in Canada would like to see the bid overturned on grounds of national security. The Dow Jones Newswire reports, however, that the Canadian industry minister has yet to make a decision.

Our post quoted JPMorganChase who apparently had valued the patent rights at USD 2.9 billion - although a more realistic value might be USD 950 million. If we look at the USD 480 million difference in Ericsson and NSN bids and do a net present value analysis it does look as if those LTE patents would be worth around USD 950 million over their lifetime.

Ericsson have, of course, got their own portfolio of LTE patents. So they probably don't need any more to "swap" with other players. A cynic might suggest that the main reason for purchase would be to ensure that the IP rights remain in safe hands and don't get snapped up by a "troll" who wishes to extract cash from the telecommunications companies.
Posted by Unknown at 16:20:00

How much real "trolling" is there in this industy?

I don't know Neil at present. There is some in the SMS messaging space and there is a potential for a lot of trolling. The big case running in Germany is IP.COM's case against Nokia. You may recall that IP.COM purchase Bosch's old patent rights in the GSM space and are currently running a stick licensing programme.

Rob, Thanks. I guess part of the question is whether "trolling" in this space is competitive hold-up or good old-fashioned monetary hold-up (having regard to the eBay decision in the US).

I need to correct this comment. The patents have NOT been sold at this stage. The reports of the sale are incorrect as of 14 August 2009.