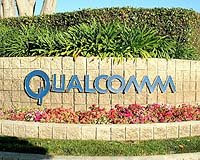 Followers of the telecommunications industry will know that US company Qualcomm tends to go it alone in setting royalty rates for patents considered essential to standards. Qualcomm considers the licensing fees set to be "Fair, Reasonable and Non-Discriminatory" (the mythical FRAND terms), but much of the industry is not so sure. Qualcomm holds a number of patents to the CDMA standard which are considered relevant to UMTS.

Qualcomm is currently facing an EU Commission investigation into its licensing practices, as reported here.

South Korea is in a particularly difficult position. It had not adopted the GSM standard and instead went for CDMA technology - on which Qualcomm owns the basic patents. The Wall Street Journal reports that the South Korean Fair Trade Agency has fined it USD 208 Million for anti-competitive practices. The agency alleges the Qualcomm abused its dominant position on the South Korean market place to offer discounts. Apparently Qualcomm holds 99.4% of the South Korean market for chips (as reported on a German website here)

Just to add to Qualcomm's woes, the Japanese Fair Trade Commission have apparently issued yesterday a negative decision - as reported by Qualcomm itself on its website.
Posted by Unknown at 11:51:00