"Smarter than the average number ..." 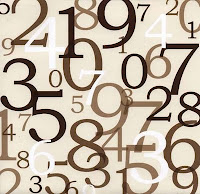 Julian Gyngell's talk on "Phonewords and Finance", kindly hosted yesterday at the London office of McDermott Emery & Will, was a treat for those who attended. In short,

* Australia has instituted a system by which Smartnumbers, these being the numerical bases for alphanumerical telephone numbers, are auctioned to the highest bidder, subject to minimal conditions and limitations (thus a bid may be made for 13-473462623, which is the numerical equivalent of 13-IPFINANCE);

* the successful bidder for a Smartnumber acquires no more than a licence to use that number in any alphanumerical form, but this licence is transmissible even, it seems, to parties that are disqualified from bidding from it initially;

* there are no provisions for the interplay between (i) Smartnumbers, (ii) trade marks, (iii) domain names and (iv) company names, though particular problems arise where a word which is a generic term for some products is a well-known trade mark for others (eg APPLE)

* there appears to be no accepted basis for the calculation of the value of a Smartnumber at its point of acquisition or disposition, nor has any practice yet developed with regard to the place of the Smartnumber within the balance sheets.

The event was both pleasant and informative -- and there's more to come. Julian's paper is likely to be published towards the end of this year in the Journal of Intellectual Property Law & Practice (JIPLAP). If you want to be notified when it comes out, email me here and I'll let you know.
Posted by Jeremy at 09:11:00

1300 Australia have been leasing out phone words for over 5 years. 1300 Australia is a joint venture with Telstra and complies with all current IP regulations in Australia