There's a free event coming up this evening for which, IP Finance understands, there are still some spare tickets -- if you're a tech enterpreneur or service provider.  This may be of some interest to readers, either because they need the services which are show-cased here or because they already provide them and are curious to learn how others do so. Details are as follows:

Amoo Venture Capital Advisory presents “Amoo Booster Series”. As part of our commitment to nurturing the tech ecosystem we have set up Amoo Booster Series which is a monthly event with notable speakers from the industry, that are as passionate about startups as we are.
The aim is to deliver practical advice startups can implement right away. This is done in a friendly space with the opportunity to network with other entrepreneurs and investors; we have created a community for like-minded people to communicate, share ideas and explore ways to support each other.
Hear from a venture capitalist, an angel, an entrepreneur, a patent attorney, a lawyer and an accountant. They will run through how you can make your start-up investment-ready.
Simon Halberstam - Lawyer and partner in the Technology team at law firm Kingsley Napley
Mark Twum-Ampofo - Accountant and partner who specialises in the Technology sector at accountancy firm Kingston Smith
Patrick Bergel - Entrepreneur and founder of Animal Systems who has developed an amazing new technology for communicating between mobile devices using sound, and who has leveraged his intellectual property to secure funding from Imperial Innovations
Gerard Chandrahasen - Patent Attorney and partner specialising in software patents at patent attorney firm SC Patents
Ellen van der Broek - Ellen is a director at her own company WH PH Ltd, advising private equity and corporate clients on investments, strategy and fundraising. She has worked both with venture funds as well as startups. Since October 2011 she has been working exclusively as an Advisor to DN Capital. Prior to this, she worked in the Private Equity Secondaries team of Partners Group and has also been an investment banker on private equity transactions, working in the Financial Sponsors team of ABN AMRO. She holds an MBA with distinction from INSEAD.
Sponsored by:

To register, just follow this link.
Posted by Jeremy at 12:37:00 No comments: 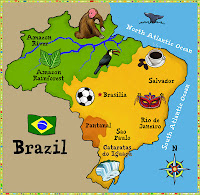 From the Brazilian law firm Di Blasi, Parente & Associados comes news that the Brazilian tax authorities have issued Conflict Resolution Decision No. 47 regulating the accounting of intangible assets. As the firm's newsletter explains:


In 2008 Brazil finally adopted international accounting standards. For this reason, the Transition Tax Regime (TTR) was instituted by the Brazilian Provisional Measure No. 449 of December 3, 2008, which was converted into Law No. 11.941 of 2009.

The Brazilian Government’s ultimate purpose of applying the TTR is to prevent the new rules causing disturbances in tax calculation.

Recently, the Brazilian Federal Revenue Office has published a guideline on the accounting standards to be applied by companies that are subjected to the TTR, and that entail research and development expenses. According to this guideline, these companies must adopt the previous accounting rules, namely, the national standards in force on December 31, 2007, both for calculating Income Tax as well as for ascertaining the Social Contribution on Net Income.

Thus, even though the international rules provide for separate accounts for intangible assets, trade marks, patents, industrial designs and non-patented technology must be accounted together with their tangible assets, such as machines and products, exactly as was the case under the previous rules.

The TTR will remain valid until a new law governing the tax effects of new accounting methods and criteria in accordance with international rules to achieve a tax harmonization eventually enters into force. 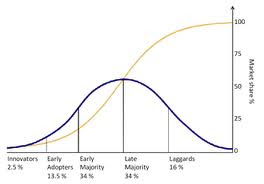 One of the most vexing subjects in the area of innovation is the interrelationship between innovation and imitation, and its implications for intellectual property. More particularly, at least since 1986, when David Teece published his classic article,"Profiting from technological innovation: Implications for integration, collaboration, licensing and public policy", the question was, and is, who is more likely capture value from innovation -- the innovator, the imitator, or the downstream providers of so-called "Complementary Assets", such as manufacture, distribution and marketing? Teece focused on intellectual property under the rubric of "Appropriability Regime" and asked this question: is the innovator's appropriability regime strong or weak? If the former, and if the innovator did not need to share a material portion of the value in the complementary assets, it was more likely to reap the lion's share of the benefits.

Teece's analysis came out of a different industrial era, standing, as he was, at the cusp of the digital age. While it is not stated explicitly, his analysis rests on the notion that there are sufficient incentives for the innovator that under the right circumstances, i.e., if his IP is sufficiently robust, he will be likely to capture significant value from his inventions and creations. In such a situation, with ample potential reward for the innovator for creating valuable IP, the imitator serves his classic role, exploiting IP rights by design around in a manner that doesnot infringe existing IP rights, together with successful utilization of the complementary assets necessary to commercialise the development. In such a circumstance, IP is central to the Teece framework, both for the innovator and the imitator.

How different is the role of IP and the imitator in today's world. One need look no further than a article that appeared in the June 2nd issue of The Economist. Entitled "VC Clone home: Venture capital in emerging markets" here, the article describes the phenomenon of "tropicalisation", which is defined as "the practice of backing start-ups that take an established business model and adapt it to an emerging market." The article refers inter alia to Peixe Urbano, described as Brazilian clone of Groupon, Baidu, characterized as "Chinese interpretation of Google", and Trendyol, a Turkish version of Vente-privee.com here, tweaked for the local market. Perhaps the most interesting scalable attempt of imitation in this regard is Rocket Internet here, which reportedly operates a " 'cloning' factory" that apes successful US and European businesses and then seeks to find entrepreneurs to export these clones to the developing world. 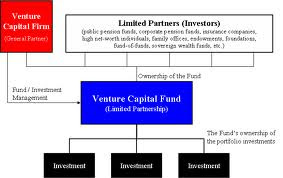 One motivation for this phenomenon seems to be the diminishing track record of success for VCs in the developed world. The search for returns is driving them to seek returns further afield. What is interesting is that the focus of these investments seems to be less, indeed far less, in innovation of the kind described by Teece, and more in the imitation of successful business models in the social media and online commerce space. In considering the examples given in the article, one is hard-pressed to find even instance in which breakthrough technology and supporting strong IP rights is the driver of the adapted business model.

In fact, the trade mark and brand of the businesses being imitated may be the most valuable IP asset of those companies and it is the IP asset that is the least likely to be copied. Thus, it may be true, as Eric Archer of Monashees Capital states,"w]ith innovation, you have a global side, but with copycat innovation you have geographical limits." However, change the name of the local copycat and adroitly implement the business model within the requirements of the local market, and the so-described "global side" of innovation, embodied in the company's trade mark and brand, may not be enough.

Perhaps of most concern in the developments described in the article is the nature of the innovation being imitated. In comparison with the innovation contemplated by Teece, these kinds of VC-sponsored activities in the developing world appear IP-lite, resting almost entirely on successful exploitation of complementary assets in the local jurisdiction. Indeed, the closing words of the article should give pause to all those who wrestle with the challenge of engendering innovative IP in the developing world. The article concludes: "It will not be long before emerging markets spawn their own innovations that can be trotted out on a global scale. That would be closer to the spirit of venture capital, which is supposed to ferret out and fund new ideas, not imitations. Until then, however, tropicalisation is set to become an ever more popular strategy. Copy that."

While that sounds uplifting, there is nothing in the article that supports this conclusion. It is equally plausible that troplicalisation will merely beget more tropicalisation. If Teece described the conditions for "good" imitation, the circumstances that surround tropicalisation suggest the opposite: "bad" imitation with little or no prospect for innovation, at least some of which will be supported by strong and robust IP rights.
Posted by Neil Wilkof at 22:54:00 1 comment:

When an ICT investor litigates a loss

Decided last month by Mr Justice Hamblen in the Commercial Division of the Queens Bench, England and Wales, Brown & others v Innovatorone Plc & others [2012] EWHC 1321 (Comm) is a complex but instructive case on the question of who gets to pay when an innovation-driven project fails.

Brown and the other claimants brought this action against the defendants following the failure of a total of 19 schemes (16 of which were LLPs, the other three being regular partnerships), all of which had been promoted by the issue of an information memorandum which invited investors to become paying partners in a vehicle for the acquisition and exploitation of rights to information and communication technology (ICT).  The defendants were, respectively the managing directors and administrators of the partnerships and schemes, the architect of the schemes, a technology vendor, a firm of solicitors and the partners in that firm. The schemes promoted a tax incentive, gearing, profit incentive and a borrowing ability. The partners successfully obtained the full first year tax relief.  This resulted in substantial payment rebates being made. However, in 2003 the schemes were investigated by the Inland Revenue, which was dissatisfied with the commerciality of the schemes and considered that the technology had not been exploited. The revenue was prepared to settle the matter on the basis that the tax relief would only be available in relation to the capital contribution made by each partner, rather than the grossed up amount of the investment. That offer was accepted by most of the partners -- which meant they had to find funds to repay the revenue.

Brown and his investment-minded colleague argued contended that the schemes were established with a view to defraud as there were no technology rights and the operators had no intention to exploit the technology rights; that fraudulent or negligent misrepresentations were made in the information memorandums and other documents; that their payments of subscription money into the solicitor's client account were subject to a Quistclose -type trust, for their benefit; that the defendants had dishonestly assisted in breaches of trust; that Brown was entitled to recover, under the Financial Services and Markets Act 2000 s.26 or s.30(2), money paid under the agreements; that the defendants owed a duty of care in relation to the promotion of the schemes and that the defendants had breached their fiduciary duty.

After 60 days in court, in a 1,435 paragraph judgment Hamblen J added to the investors' woes by dismissing their action.  In his view:


In general terms, the morals of this case can be stated quite simply.  When investing in any new technology, it's as important to do one's due diligence on your prospective partners and their business plans as it is to check out the technology in which you propose to invest; ask yourself clearly whether you are relying on statements of fact or on representations of a vaguer nature -- and think twice before seeking to recover your losses through High Court litigation.
Posted by Jeremy at 17:19:00 No comments: