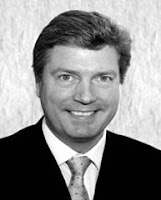 Next Tuesday [not Wednesday, as previously erroneously stated], 14 July, Australian practitioner Julian Gyngell will be providing us with a great chance for a get-together when he speaks in London on "Phonewords and Finance". Says Julian,

"Organisations pay handsomely (sometimes millions of dollars) for phonewords because they believe that the phoneword will help increase telephone communications with their business (and hence increase sales and their goodwill with customers). However, the rights of use conferred by the issuing authority in the country in question are limited to the specific underlying telephone number itself and the purchaser’s proprietary rights in the phoneword (if any) will depend on the phoneword in question and, in particular, whether

a. the purchaser owns a trade mark (registered or unregistered) which corresponds to the phoneword (or the key word in the phoneword) or

b. conversely, another organisation owns a trade mark (registered or unregistered) that corresponds to the phoneword (or the key word in the phoneword).

I plan to review a number of recent cases, including some very recent WIPO domain name decisions involving phonewords, and advise that a purchaser of a telephone number that is a phoneword needs to be acutely aware of a number of important factors if it is to maximise the potential return on its investment, namely

b. the rights of third parties that might conflict with its use of the phoneword and

c. the steps that it should take to further protect its investment".

McDermott Will & Emery have kindly agreed to provide us with a venue in their City office at 7 Bishopsgate (here). If you're coming, please email me here and let me know so I'll have a rough idea of how many bodies will be putting in an appearance.
Posted by Jeremy at 05:53:00

Email ThisBlogThis!Share to TwitterShare to FacebookShare to Pinterest
Labels: phonewords