In Rainbows: was it worth the risk/effort? 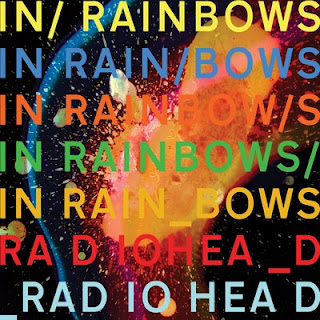 In issue 10 of the MCPS-PRS's Economic Insight, Will Page (Chief Economist, MCPS-PRS Alliance and Eric Garland (CEO Big Champagne) provide some close analysis of Radiohead's much publicised experiment with 'pay what you want' downloads. In their article, "In Rainbows, on torrents", they explain:

"Radiohead's 'In Rainbows' ... marked a paradigm shift for the music industry. Here was an established rock band, free from its recording contract with EMI, delivering content directly to the consumer. Commencing on the 10th of October 2007 with a 'pay what you want' downloadable album, this was followed by a 'made to order' deluxe box set and then concluded with a conventional CD and iTunes release.

Whilst the project has gathered unprecedented worldwide media coverage, with much speculation on what the 'average price paid' might have been; there is another less intuitive but far more relevant question that has yet to be asked, or answered. That is, did their offer of their album 'for free' succeed in diverting traffic away from
Torrent sites, and (back) towards their own 'venue' of InRainbows.com?"

"... anyone who has made it to the end of this paper and assumes that the project was a failure has missed two critical points: firstly, lots of people bought the album in any one of its three formats and lots of people went to see the show - and the word 'lots' is robust no matter which comparative measure you use. Secondly, the wider purpose of this paper is in many ways echoing the tone of the recent article in The Economist: 'Piracy is a bad thing. But sometimes companies can use it to their advantage'. Hopefully the reader will now be able to at least ask (or ponder) how many of those torrent users signalled a willingness to fork out £50 for a concert ticket, which led to the second date being added at Victoria Park in London?

So, did the offer of their album 'for free' succeed in diverting traffic away from Torrent sites? Our answer is yes, but with a twist. ... both torrents and legal downloads would appear to be complements, not competitors. Think of the meaning of the term 'complements' in the context of popularity, where there is now a wealth of information and a poverty of attention. The challenge of achieving popularity (or attention) when the old rules of scarcity and excludability don't apply (to information goods) the way they used to, changes the monetisation game completely.

Radiohead, and their management, undoubtedly got people's attention with the information embedded in their unique offering in October, regardless of whether those people were fans or not. With that attention, came consumption - from those who were established fans, and those who were just curious. Of that latter 'curious' segment, there will be a sizeable portion who were already locked on torrents, and its plausible to suggest that it is largely this segment who didn't switch to InRainbows.com. The reverse logic is that the 'fans' will have been made aware of the project, and its intentions, through Radiohead.com and will have been more likely to have switched - but the ratio of Radiohead fans who were converted from torrents to the total number of 'curious' torrent users will be miniscule. To complete the migraine, the size of the total torrent market means that traffic which was displaced from the torrents to In Rainbows will be overshadowed by a disproportionate uplift in additional 'curious' torrent activity. ... we argue that an awful lot of curious torrent users will have downloaded 'In Rainbows' without knowing of InRainbows.com - and would not have downloaded it otherwise, had it not been for its unique media coverage and popularity.

... the band are still on a phenomenally popular global tour, which may act as a catalyst to eventually getting the conventional album sales past the two million mark - and that's not accounting for all the significant pre-2008 activity. So, hopefully, this
report will have moved the current file sharing debate away from a simple zero-sum game ('you were a pirate, and are now a law abiding citizen') to a rather more complex question of additionality and popularity in a market that's increasingly hard to define. In a digital arena, consumers go to venues where they feel comfortable, and what we've learnt from the ambitious and admirable experiments of Radiohead and Nine Inch Nails is that a large part of that comfort is the ability to stay anonymous. Is there a trade-off between gaining attention and acquiring information? Perhaps. And if we can solve that, then the question of monetisation can properly be addressed. ..."

It's refreshing to see a discussion that is based on empirical evidence -- but the big question is how far a single instance can be realistically generalised: Radiohead started off with a large following and goodwill in the band's name, which made this outcome possible. How would the same business model work for a band that was unknown?
Posted by Jeremy at 05:58:00