"Comes with music" and other experiments 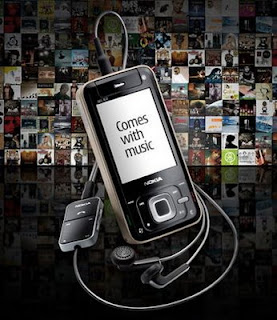 A good article in the Irish Independent by Stephen Foley reflects the tensions that underpin the relations between the music performing/recording industries on the one hand and DRM-based music delivery systems such as iTunes on the other. While there is plenty of money in the iTunes business model, the intriguing questions remain (i) whose money ultimately is it and (ii) how can recording companies claw themselves back into the market for the delivery of albums now that iTunes accounts for more than two-thirds of all paid-for downloads. In this context Foley asks: "what is the point of the iTunes store if music is free?" The point is that, between file-sharing, promotional offers and Radiohead-style business models (see earlier IP Finance post here) the means of accessing music for free keep increasing -- which makes it difficult for anyone to compete with a paid-for product. For this reason

"The value of music sales in the US and Western Europe at the start of the decade was well over $20bn a year, almost all from CDs. In 2008, that will be down to $13.1bn, of which digital music accounts for $2.7bn. In short, revenues from paid-for downloads and online subscription services are not coming close to making up for the decline in CD sales. And Screen Digest predicts they never will. The market in 2012 will be $11.6bn, it calculates, with just $4.6bn from digital sales".

Foley then cites the forthcoming Nokia "Comes With Music" initiative, which will launch before Christmas, selling phones-cum-music players that allow users to download and keep an unlimited amount of music. Universal and Sony BMG are said to be enthusiastically backing the service. Other experimental products are in the pipeline; for example, three of the four major labels are said to have signed up to support a new service by MySpace which will stream music for free on artists' pages on the social networking site, in return for sharing advertising revenues.
Posted by Jeremy at 15:52:00

Email ThisBlogThis!Share to TwitterShare to FacebookShare to Pinterest
Labels: Model for recording industry