Anthrax suicide would have benefited financially from patents 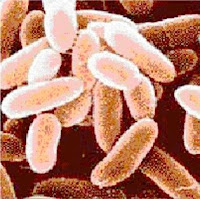 Today's Los Angeles Times has a chilling story about the Anthrax scientist Bruce Ivins who committed suicide after the FBI closed in on him as the perpertator of the Anthrax attacks in 1991. Wikipedia has chronicled his life here.

It seems that Bruce Ivins is co-inventor on two patents relating to the production of Anthrax Vaccine: US6387665 and US6316006 (he's also listed on the Espacenet website with two further patent applications which postdate the attacks).

The LA Tsime points out that a San Francisco based company VaxGen won the rights to produce the vaccine post the attacks. Part of the revenue would have been paid to the inventors, according to the report. However VaxGen could not produce the vaccine and the contract was terminated.

It has been recently reported that VaxGen has now sold the rights to the vaccine to competitor Emergent Biosolutions for USD 2 Million plus up to USD 8 Million in milestone payments. In an unfortunate coincidence of timing Emergent Biosolutions issues a press release on 31 July 2008 stating that they had submitted a proposal in response to the US Government's RFP for the developement and procurement of a recombinant protective antigen anthrax vaccine.
Posted by Unknown at 14:19:00

Why did he file the patents after he supposedly sent out the anthrax? That makes no sense.