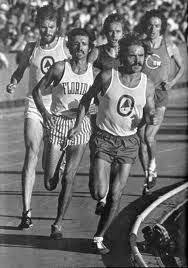 One of the more tricky aspects in assessing the strategic advantages of relying on trade secret protection is the circumstance in which the party reasonably believes that the trade secret will eventually be reverse-engineered, but not before, say two years from the time that the product reaches the market. So the question then becomes: should I rely on that window of opportunity or seek some other way to protect my rights? The stock reply tends to be that, if the person believes that the likely period of secrecy of the technology provides him with a reasonable basis to establish first mover advantage, either e.g. by locking up superior distribution or manufacturing capabilities or building up strong brand recognition, reliance on trade secrets to protect the technology is a reasonable approach. That is how we have tended to present the issue in a stripped-down fashion when addressing it in management education.

Against this backdrop, I was unnerved a bit this week in listening to the words of the manager of a venture capital fund, financed by the Bloomberg group and dedicated to making smallish investments in a large number of companies at their very outset. Unlike most other VC operations, this fund bets that it can identify winning companies from certain indicia that precede any real operations by the companies. In that connection, the interviewee baldly stated that the fund did not seek companies with a reasonable likelihood of first mover advantage, but rather “best mover advantage”. In supporting his position, reference was made to the interview comments made by the President of Stanford University, who stated that almost anyone who comes up with a technology will find himself in short order with a number of competitors who have, in effect, copied the technology. The question then becomes who can best parlay this technology into a successful business plan.

Given this, do I need to revise my view about whether reliance on trade secrets is a valid strategy if it can reasonably offer one first mover advantage? Upon reflection, I don’t think so. Pearson Education, here, describes the advantages and challenges of first-mover advantage as follows:


If the business is first into a market, so the thinking goes, it can establish what the military thinkers would call 'defensible ground'. First, it can capture market share much more easily without having to worry about rivals trying to capture the same customers. Second, when the rivals do come along – as they inevitably will – the first-mover and its management team will have advantages in the ensuing competition, such as familiar products, brand loyalty, the best retail outlets, up-and-running distribution systems, and so on. By beating rivals into the market, the first-mover can consolidate its position and compete more effectively, not only defending its previously acquired share but even continuing to expand.

Stated otherwise, “a company's only sustainable competitive advantage may be its ability to learn faster than its competitors.” 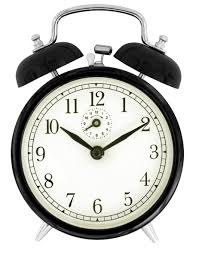 Based on these observations, it seems that the notion of meaningful first mover advantage has built in it a time function. Yes, there can be such an advantage, but only if there is sufficient time to allow the person to achieve a critical mass of the factors described above. But with the availability and potentially instantaneous dissemination of information, has the compression of this function reached a stage where it is simply not feasible for this critical mass of factors to take root? That seems to be behind the observation from the Bloomberg-related venture capitalist that what is relevant is no longer the “first mover”, but the “best mover”; there is simply not enough time for the first mover to secure the advantage that efficient exploitation of the time function would previously allow.

My response to that is that it may be true, but only if there are no real barriers to entry or another factors that can slow down the otherwise relentless compression of time. Trade secrets provide one such factor. By slowing down the dissemination of the knowledge and technology to third parties, it potentially enables the person to seek and develop the various aspects of first mover advantage that may confer upon him a meaningful competitive advantage. As such, I still feel comfortable advising that trade secret protection is a reasonable measure to achieve first mover advantage, unless the time function for maintaining secrecy is unusually and severely compressed.
Posted by Neil Wilkof at 13:04:00

Yes, trade secrets can delay copying and provide the establishment of a first mover advantage.

However, if this delay is limited in scope does the first mover advantage really apply to a small company seeking to launch a product with global appeal?

The new venture may gain a first mover advantage to their home territory before anyone can copy them. However, by the time they are ready to expand internationally competitors could be well established in many foreign territories, where the competitor, and not the innovator would be seen as the originator.

While a global company or a media friendly invention might get global press and reputation for the invention which would allow trade secrets to provide adequate protection alone, I would think most other companies will end up promoting and proving the market, only to have others scoop them internationally.