No woman no cry: misattribution of authorship doesn't save income stream

Earlier this month, in BSI Enterprises Ltd and another v Blue Mountain Music Ltd [2014] EWHC 1690 (Ch), 4 June 2014, the Chancery Division of the High Court, England and Wales, handed down a significant and, in this blogger's opinion, sadly overdue ruling on the ownership of some of the late reggae star Bob Marley's copyrights. 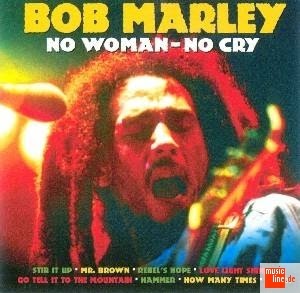 Sitting as a Deputy Judge, Richard Meade QC had to construed the scope of a 1992 agreement that purported to assign the copyright in certain songs written by Bob Marley. The purported assignor was Marley's record company and the assignee was Island Logic, a company controlled by Chris Blackwell (historical note: Blackwell's record label Island Records launched Marley's international career in the 1970s). Marley had however misattributed a number of songs in dispute in this action (including the hit No Woman No Cry) to other artists (this was itself the subject of litigation in 1984, but the court in that action made no finding as to the ownership of the misattributed songs) in order to retain a stream of income from them. The main question raised by the present claim was whether the definitions of "Compositions" and "Catalogue" in the agreement included the misattributed songs.

Richard Meade QC, sitting as a deputy High Court judge, held that the words "Compositions" and "Catalogue" in the agreement did indeed include those which had been misattributed: those definitions referred to all existing musical compositions written by Marley; indeed, it would have made no sense for the parties to agree not to include them. This was because Island Logic would have wanted to buy everything it could in order to have a complete catalogue, while the seller would have wanted to seize its best opportunity to monetise the misattributed songs, over which there was still a question mark. For the parties to agree to leave out the works in question without saying so in terms, and so maximise future uncertainty over their ownership, seemed, in the judge's own words at [99], "little short of ridiculous".

Richard Meade QC added that, even if he were wrong about the interpretation of the March 1992 Agreement, Island Logic still had grounds for a reasonable, even if mistaken, belief that it had acquired both ends of the dispute over the misattributed works. The situation was therefore similar to that of Fisher v Brooker [2009] UKHL 4 the A Whiter Shade of Pale case), so that Island had had a gratuitous licence to exploit the works which was terminated only with the issue or service of the claim form. He therefore dismissed the claim for restitution of royalties historically paid to the wrong party.
Posted by Jeremy at 08:49:00