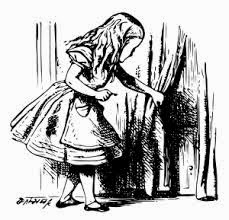 There's been a lot of comment in the blogsphere over the past few days about the US Supreme Court decision in Alice Corp vs CLS Bank. It's not the purpose of this piece to review the points made by the justices. This has been done excellently over in the Scotus Blog by David Kappos, former Director of the US PTO, in his analysis here and over on the Patenlyo Blog here. The court's decision can be found here.

Given that many of the IP transactions over the past years have related to patents that might be broadly considered to be software patents, it's interesting to look at how this latest decision might affect valuation of intellectual property. As most commentators seem to have noted, the Supreme Court rejected clearly the opportunity to declare software unpatentable. The justices affirmed the revocation of Alice's patent, but they did so not on a basic principle that software is unpatentable. On the contrary, they repeated in essence their previous position set out in the Bilski case that abstract ideas are not patentable. The court repeated the test set out in Mayo in which they first looked at the elements of the claims to see whether these were directed to a patent-ineligible abstract idea and then whether the claims as written transformed the abstract idea into a patent-eligible invention. The court concluded that was not the case for Alice Corp's patent.

This is clearly good news for intellectual property holding companies. There was always a risk that the Supreme Court might chose to go further in rejecting the concept of software patents - and indeed some amicus curae briefs submitted to the court advocated that the court do exactly that. Any valuation of IP in the last few months has needed to take this uncertainty into account. The fact that the court chose not to do this - and indeed issued a decision which is entirely consistent with their previous positions - means that the validity of many patents relating to computer-implemented inventions has been confirmed. At least one risk factor can be eliminated. Indeed the impact of the decision is probably more wide-ranging since the court has concluded, at least implicitly, that a patent couched in software terms is no different from one that is implemented using traditional mechanics. There is nothing inherently different (or even "wrong") in claiming an invention that is implemented in software. This may even encourage more such patents to be filed.

One further factor that will also affect the valuation of the patent is the court's comments that the claims "did not purport to improve the functioning of the computer itself", nor "do they effect an improvement in any other technology or technical field". This language is consistent with the European Patent Office's standard rejections for computer-implemented inventions that are deemed not to meet the EPO's tests for patentability. We seem to be seeing a convergence in thinking on what constitutes an acceptable patent for a computer-implemented invention in the US and in Europe. Another uncertainty factor in valuing software patents is being eliminated. The debate probably is not yet over. No doubt the legislatures in Europe and in the United States will be called upon "to take action" and "defend our rights". That will require greater hurdles than persuading nine judges to declare a whole gamut of ip rights to be null and void.