Piracy and Unauthorized Copying: How Much Does It Matter Where You Live? 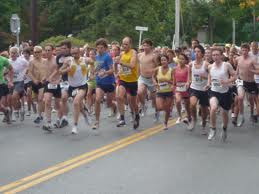 You may have noticed my silence over the past several weeks. The press of a publishing project and a mad dash to meet its submisison deadline have taken their toll on my time, but it is great to finally get back to sharing my thoughts.

My question is a simple one: how uniform is the phenomenon of file-sharing and other forms of unauthorized copying of music, television and movie contents? On the one hand, "world-is-flat" interconnectivity certainly provides a common platform for such conduct. In principle, it should not matter where one is located; provided that one has access to the platform, the means for engaging in unauthorized downloading or other forms of copying of contents are available at little cost and without significant effort.

Yet it appears that the leveling effect enabled by access to a common platform belies the fact that the nature of unauthorized downloading significantly varies from country to country. How much so was chronicled in a recent article that appeared in the August 20 issue of The Economist ("Spot the pirates: Illegal downloading and media investment") here. According to the article, "piracy has not exactly swept the world. It is endemic in some countries but a niche activity in others. In some places the tide is flowing; in others it appears to be ebbing."

What are the main characteristics of this national variance? First, unauthorized conduct is more common in the countries in the developing world. The most notable countries are China, Nigeria and Russia, in each of which it is claimed that nearly all such contents are unauthorized. Second, even within the "rich" countries, there is significant variation. Within Europe, for example, piracy is more much prevalent in the Mediterranean countries than in Northern Europe. Napster notwithstanding, America may be the least piratical country of them all.

How do we explain this variation? The article points to the following principal factors:

1. Cost--For example, on a GDP adjusted basis, a DVD copy of the blockbuster movie, "The Dark Knight", costs the equivalent of $75 in Russia and a whopping $663 in India. When one sets relative purchasing power against the desire to view the contents, and the availability to obtain a much cheaper bootlegged DVD copy, the decision to opt for the latter is, in a way, compelling.

2. Legal differences--Enforcement against unauthorized downloading varies widely across countries. For example, it is reported that in Germany it is relatively easy to have a fine imposed for illegal downloading, while in Spain it is nearly impossible to do so.

3. Culture--In a word, "[i]n some countries, copying is regarded as theft; in others, it is not." While the article does not go on to specify country examples, I recall that in the 1990s the argument was often made that China had a long cultural tradition that did not condemn copyring and even encouraged it. Maybe yes, maybe no. And while the notion of a cultural norm for or against copying is a bit amorphous, this factor may be the most "powerful" of all.

Unlke journalists and academics, media companies appear to be little interested in the "why"s; what occupies their attention are the perceived consequences of a national proclivity for or against unauthorized copyright. On that basis, Spain is being spurned by the big labels (and DVD sales are collapsing) while Germany continues to be a focus of investment.

Perhaps of particular interest is the situation in South Korea. After a percipitous decline in the middle of the last decade, recorded-music sales have actually increased in each of the last three years in South Korea. Draconian anti-piracy laws are pointed to as one major reason for this, but one should be wary about assigning too much weight to that factor. First, no clear evidence was offered that the increase in music sales was positively correlated with hightened enforcement activities. Second, other countries with firm anti-piracy laws seem to be doing less well than South Korea on the piracy front.

The focus of the article on the South Korean experience suggests that the situation there is the result of a unique set of circumstances that cannot be replicated elsewhere. Using the analogy to a bull market rally in the midst of a long-term bear market, the jury is still out as to whether, at the end of the day, unauthorized copying and downloading will be the norm, perceived cultural mores to the contrary not withstanding.

Under this view, perhaps the national variation described in the article is better attributed to the different pace of inter-generational attitudes about copying rather than broad national differences. If so, the industry could find itself waking up one day to a situation where there are no viable markets left. Stated otherwise, for the media content industry, a lot rides on the answer to the question just how durable these national differences regarding unauthorized copying really are.
Posted by Neil Wilkof at 12:06:00

Piracy is all about not giving back to the providers of solutions. I believe that it's not a good idea. When we got used to piracy chances are we'd develop less administrations to value life solutions and therefore we'd became less supportive to our community.
When a community got used to piracy, some of the elements of their life support systems would be made out of "houses of cards".