There's a little article over on the New York times about potential buyers renewing their interest in Yahoo. The company's investments in the Chinese e-commerce group Alibaba as well as its 35% stake in Yahoo Japan are often seen as potentially valuable assets. Indeed an investment group has already begun a USD 1.6 billion tender offer for shares in Alibaba (see here) which would value the company at USD 32 billion and Yahoo's stake at around USD 13 billion.

Nobody has yet focussed on the IP rights in Yahoo. ThomsonInnovation are today recording 3051 individual patent families and currently 657 granted US patents - as well as a huge number of patent applications currently in process. The range of patent rights is fairly wide and a brief review shows that it covers many aspects of Internet technology. This author has not yet reviewed the portfolio in any detail, but given the volume of the portfolio, it would be surprising if there was not at least some golden nuggets in the bag.

The recent Google/Motorola Mobility and Nortel deals showed the value of patents in the telecommunications sector. Much of their value has been due to the development of standards using patent technology. This has been encouraged by the telecommunications standards bodies who accept that stakeholders in the standards development process want to receive rewards based on licensing of their patents. On the other hand the Internet community has been much more reluctant to adopt standards on patent technology requiring payment of licenses. There's still nothing to stop a company from patenting its technology, but the W3 consortium wants to see royalty-free licenses as its patent policy clearly states. This means that patents may have a lower value than otherwise (as there is no mechanism to obtain royalties). 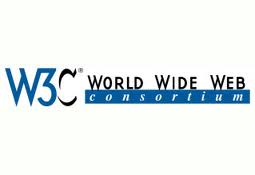