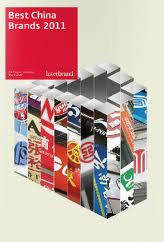 The challenge of creating durable brands, especially those with traction outside of one's home territory, is not unique to Chinese companies. But the sheer size and potential international reach of Chinese companies makes their branding potential a matter of particular interest. It is against this backdrop that I found some intriguing insights in an article that recently appeared in the September 3rd issue of The Economist ("Privatisation in China: Capitalism Confined") here. The focus of the article, based on a study by Professors Jie Gan, Yan Guo and Chenggang Xu, is a typology of privatisation of Chinese companies. The first category contains massive infrastructure and utlility providers (such as banks, transport, energy and telecoms). In effect, these companies still remain largely within the purview of government ministries. Branding appears to be a minor or non-existent consideration.

Of more interest are two other categories: (i) joint ventures, comprised of a private (usually a foreign entity) together with a firm backed by the Chinese government; and (ii) companies that are largely in private ownership, but over which the government still exercises various forms of influence. At the risk of generalization, it appears that the second category of company is more attuned to branding matters than the first category. Even with that distinction, certain types of industries appear more likely to be concerned with branding issues than others, for instance, the automobile industry. Let's expand those thoughts.

Joint ventures--As has been often described (and sometimes decried), in the joint venture arrangement, the private, usually Western partner, seeks to gain access to the Chinese market in exchange for sharing its know-how with its Chinese partner. Criticism of this arrangement has centred on the charge that either by premeditated design or by later developments, the foreign partner is pushed aside or even squeezed out.

With respect to branding, most attention has been drawn to the car industry. As attributed to Michael Dunn, a car-industry consultant, the Chinese government has pushed the foreign company "to form "indigenous brand' joint ventures with intellectual-property and export rights." However, the article goes on to observe that "the efforts of the Chinese joint-venture partners to develop their own brands have yet to produce much success, despite their access to Western technology, vast resources and political pull."

The reason seems to be that, although the Chinese partner is interested in the economic well-being of the company, there is an absence of the long-term commitment that is required to build a brand. In particular, the Chinese representative is more likely to be tied to the government (indeed, that may well be the reason that he was chosen) and therefore it is also likely that he will return to a politically-related position. Under such circumstances, the chances that a joint-venture arrangement will successfully develop a strong brand appear weak.

Largely Private Company--Here the Chinese government appears to have less, or no direct involvement (indirect involvement and financial incentives are a different matter, but perhaps not so different than the situation with Western car companies as well). Again, focusing on the automobile industry, it is here that Chinese car companies have been most successful in brand development, pointing to the BYD, Chery and Geely brands. Further afield, the same situation is said to apply to ZTE and Huawei in the telecoms industry, Lenovo, the PC maker, and TCL, an electronics manufacturer. The common denominator for this has been ascribed to the different type of Chinese management in such companies--"[t]he bosses are not political appointees but charismatic businessmen in pursuit of commercial goals." 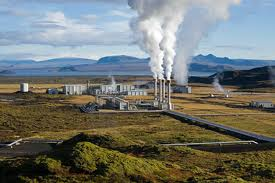 There is a potential darker side to these developments. The article goes on to decribe other types of "largely private" companies, most of which are in industries that are characterized as "strategic", such as energy, medical equipment and drugs. Here, industrial policy is more blatant, with protection against foreign challengers, liberal R&D support, and subsidized government purchasers. The jury is still out about whether such companies will able to develop their brands overseas successfully, once they venture out of their supportive local environment.

In this context, it would be instructive to learn whether any research has compared the trajectory of these companies with the success of both Japanese and Korean companies to create world-famous companies with powerful brands spanning the globe. More generally, it will be interesting to track the success of Chinese brands as a function of the degree that such companies are more, or less, privatised.
Posted by Neil Wilkof at 22:08:00