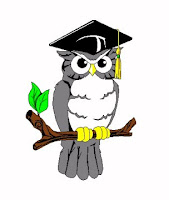 Left: there is more than an academic interest in keeping an eye on the Ball ...

In relevant part, this article states:

"A proposed policy change at Ball State University has some students worried the university will take their hard-earned money if they develop a marketable product using Ball State resources. The proposed revision to the ... school's technology and intellectual property policy, which was presented to students and faculty after being developed by a university task force, increases Ball State's share if a student or faculty member who used university resources for a project sells a property to a commercial entity.

The committee making the proposal says it would bring Ball State in line with a majority of U.S. universities. Nancy Carlson, chair of the policy committee, ... [said] "someday, something's going to strike it big," ... And if someone strikes it big after they've used thousands of dollars of university equipment and resources, a fair share of royalties should belong to the university. "You've got to plan for the big one that hasn't happened yet," she said".

On 19 March 2009 CLT is hoping to put together a one-day conference on IP and the educational sector. This sort of issue, and how it's handled/ignored in Europe, should feature somewhere on the programme which I'm helping CLT to develop. If you'd like to be kept informed about this, email me and let me know.
Posted by Jeremy at 12:14:00