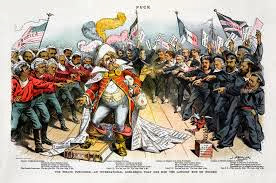 Ever since the onset of the Great Recession, the primary concern of most governments has been to accelerate domestic growth in a way that will increase employment. For example, there is no more anticipated economic data point than the US unemployment rate, published on the first Friday of each month. For the general public, the success or failure of many governments is the extent to which they can generate jobs in a sustained and substantial way. The primacy of economic growth, and its by-product —increased employment — threaten to place public discussion about IP in an awkward position. The reason is that there may no clear connection between enhanced innovation and IP activity and improved employment data. Instead, the benefits of cutting-edge IP may well be redounding primarily to the benefit of the few who are able to capitalize on the commercial success of their innovations, with little or no benefit to the overall employment situation. To the extent that this is true, arguments in favour of public support of IP rest on uncertain policy grounds.

Take a country like Israel, which is seen as an example of the use of effective public moneys for innovative research and development. A primary vehicle for this funding is the so-called Office of the Chief Scientist (known as the OCS), which extends financial support for innovative activity by recipient companies, here. The problem is that OCS funding requires that the intangible “Knowledge” for which read IP, very broadly defined) that is generated from such funding may not be transferred out of the country until the grants have been repaid to the OCS from commercialization of the Knowledge, unless a waiver can be obtained. Underlying this prohibition is the view that OCS funding is, at the end of the day, first and foremost intended to enhance local employment, whereby the commercial success of the company, except to the extent that it contributes to local employment, is a secondary consideration. How strongly this underlying policy is viewed can be seen from the fact that, under the strict letter of the Encouragement of Industrial Research and Development Law, the transfer of Knowledge in an unauthorized fashion might theoretically attract criminal penalties (although this blogger is not aware of any instance in which the criminal sanction has actually been brought to bear).

Pushing against this clear nexus between the expenditure of public moneys, the creation of valuable IP/Knowledge, and increased domestic employment, as exemplified by OCS funding, is the exit ethos of the Israel start-up community. While it has become a bit hackneyed, the description of the country as “Start-Up Nation”, here, does capture the esteem in which is held a successful hi-tech exit (meaning that the company has been sold to a foreign purchaser or, less likely these days, has successfully floated its shares on a reputable stock exchange), replete with underlying IP and related innovative technology. However, from the point of view of government employment policy, a successful exit typically has, at best, only a modest effect on overall domestic employment. Even assuming that the company maintains an R&D facility in the country after the exit, the primary benefit of a successful exit are the millions, sometimes hundreds of millions of dollars, that go to the investors and founders. Thus, even if the likes of a Google maintains a local R&D facility as a result of the exit, the employment benefits redound to a select few, with the overall national employment situation being largely unaffected.

Israel is brought as an example because its circumstances so vividly underscore the proposition that the development of IP tends to go to the benefit of capital (read investors and founders) rather than labour. But it is hardly alone. Singapore is engaged in an impressive and aggressive push, supported by public funding, to strengthen the position of that island nation as a Global IP hub in Asia, here. As this blogger understands the initiative, underlying it is a concern for the overall employment position in the country. The experience in Israel should be a cautionary tale for Singapore.

Don’t get this blogger wrong: he is all in favour of IP, innovation and successful commercial exits based on them. To the extent that government funds can assist these developments, it is to be encouraged. However, there is palpable and increasing risk here. In an age where public budgets are increasingly scrutinized, a budget line for the support of innovation and R&D, where the benefit fails to redound to the public in the form of increased employment, carries with it a double risk. First, the decoupling of successful innovation and R&D from improved domestic employment threatens to decrease the amount of continued public funding of such activities. Even more ominously, this decoupling may threaten public support for robust IP protection, thereby throwing out the IP baby with the public funding bathwater in a way that this blogger would prefer not to contemplate.
Posted by Neil Wilkof at 10:18:00

I suppose you could go even further and ask about funding of R&D that will lead to decreases in employment, such as developing robots able to do tasks which people normally do. That is a difficult issue, but perhaps government innovation policies need to consider employment as an important factor, innovation which would tend to create jobs should be favoured in some way.

While the items above in the article are true, it fails to recognize what happens in the next round of the cycle. The investors who have made a successful exit rarely just take their money and disappear. These investors tend to be serial entrepreneurs who then go look for the next company to get involved with. Or start up another one, typically in the same country/location as the previous one. So the above, I believe, leads to a virtuous cycle where the money paid out as part of a successful exit, will often go back into the local economy as new jobs, investment, etc.

Thanks for your comment. You make a valid point, However, as I noted in my piece last week on hi-tech in Berlin/Germany, it is not so clear that the pattern of behavior that you describe regarding serial entrepreneurs broadly applies outside the US environment. This is something that bears close attention.