Berlin's Hi-Tech Future: High, Low, or Somewhere in Between? 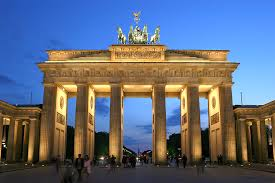 This blogger had not really devoted much time to considering the start-up environment in Germany, beyond a general awareness that Berlin was a magnet for creative types from all over the globe. That all changed when his son recently informed him that he was taking his newly-minted double degree in computer science and psychology and joining a start-up in Berlin. It was good timing, then, that the October 5 issue of The Economist included an instructive article entitled “A Slow Climb: Business Creation in Germany”, here, with the sub-heading: “A vigorous start-up scene has yet to produce its first big breakthrough.” Both for this blogger and his son, the article discusses a number of key factors that distinguish the hi-tech start-up scene in Berlin from other creative hot-beds, an environment that is falling short, at least for the moment, from the carry-through from seeing a start-up being “founded every 20 hours” to the flotation and exit atmosphere that characterizes a start-up milieu such as Israel.

Let’s begin with a sobering fact: Germany does not appear to have spawned a world-beating hi-tech start-up since the founding of SAP in 1972 here. While German ingenuity, encapsulated by the industrial success of its family-owned Mittelstand, is well-recognized, here, this industrial model does not seem to have translated well into the digital world. This is so even as venture capital flows into Germany, in general, and Berlin, in particular (more such investments were reportedly made in Berlin than in London during the last quarter). The article discusses some of the possible reasons for this.

First, Germans appear to have a less enthusiastic view of entrepreneurs than do many of their neighbours. Fewer than 50% of those surveyed in Germany had a positive view about starting a business, compared with 65% in France, 68% in Poland and 79% in the Netherlands. This may be connected to another data point, namely, Germans have a higher level of fear of failure (42%), as compared with 32% in the US.

Secondly, the environment for financing start-ups in Germany has some serious deficiencies. Angel investors and venture capitalists, the life-blood of many start-ups at their formative stage, appear to be less robust than in the US. Thus, it is reported, while the average such investment in Germany is around $1 million dollars, the comparable figure is $6 million dollars (though this blogger is not quite sure what is the basis for these figures). Added to this is the fact that successful entrepreneurs in Germany are far less likely than their US counterparts to then become angel investors themselves. 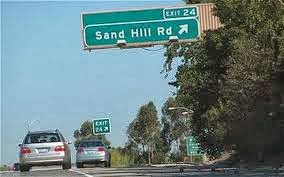 Thirdly, it appears that German investors are more cautious. Instead of betting on a lot of companies, with the hope that a small number will succeed, German investors tend to invest in a smaller number of companies. In addition, German investors appear to have shorter time horizon for expecting the company to reach a break-even point. In part this can be explained perhaps by the nature of the typical start-up investor, which tends to be a large German company, such as Deutsche Telekom and the publisher, Axel Springer Verlag, here. While such a litany of corporate behemoths is impressive, it is hardly the kind of investment dynamic that one senses in the likes of Sand Hill Road in Menlo Park, California here, where a world-beating number of venture capital companies are seemingly found on every corner.

Pushing against this gloom are a number of factors that, it is argued, point to a much brighter future for German start-ups (and Berlin in particular). These include relatively low costs (from employee salaries to rents), the ever-increasing concentration of creative types, and the cutting-edge reputation of Berlin, especially for “20 (and 30)-somethings”. The German government is also committed to increasing financial support, although the relative pros and cons of government support in hi-tech endeavours continues to be debated.

The article ends with a luke-warm (as compared with the US) assessment of the likely future of the Berlin hi-tech environment, stating as follows: 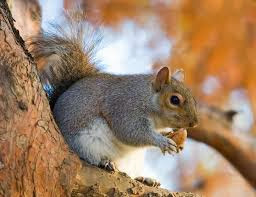 “Digital Berlin is now nurturing the sorts of companies that could make pulse-quickening stockmarket debuts, if Germany had a shareholder culture vibrant enough to welcome them. As it is, many are likely to wind up in the hands of incumbents like Telekom and Springer. A few will soar on their own. Germany may not produce the next Google, but perhaps the land of Mercedes and the Mitttlestand does not need to.”

Perhaps this is too bleak an assessment. After all, how many imagined “swinging Berlin” at the outset of German reunification.
What Digital Berlin will look like a decade hence may also yield unimagined hi-tech surprises. At the least, this blogger will have an inside view of the dynamics taking place there.
Posted by Neil Wilkof at 22:37:00