When is a digital book a book? 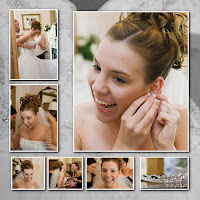 Risbey's digitally produced wedding books which were created from photographs taken by it. Those books were supplied to customers as part of a general 'wedding package'. Risbey's also designed wedding books for outside photographers, who commissioned it to produce the book using photographs which hey supplied. The books displayed selected images of the wedding day, accompanied by text appropriate to the occasion. Once bound, the books could not be altered.

Risbey's submitted that the wedding books had all the physical characteristics of a book and met the zero rating requirements in the Value Added Tax Act 1994 Sch.8 Group 3. The VAT Commissioners disagreed. In their opinion the wedding book did not share the physical characteristics of a book and did not fall within the meaning of book in sch.8 at all. Rather, Risbey's was supplying a single photographic service, which was standard-rated for VAT purposes.

The Tribunal upheld the assessment of the Commissioners that the supply of Risbey's wedding books attracted VAT at the standard rate. In its opinion

* the wedding book did not fall within the ordinary meaning of a book, even though it shared many of the physical characteristics of a book. This was because it was not an object which had the characteristics of being read or looked at. Instead it was a pictorial record, of interest only to persons immediately connected to the event, and the text used had no value in its own right.

* the wedding book was, to all intents and purposes, a wedding album. To restrict the meaning of "wedding albums" to traditional forms would be contrary to the Community principle of equal treatment, which ensured that similar goods in competition with each other were not treated differently for VAT purposes.

* the restriction of the meaning of "wedding albums" to the traditional format would be a failure to acknowledge advances in digital photography--the mere fact that the wedding book could not be altered after publication did not alter its function as a wedding album. Accordingly Risbey's supply of wedding books was standard rated for VAT purposes.

* Risbey's principal activity was the supply of photographic services. The supply of the wedding book was ancillary to, and a means of better enjoying, those services and was entirely dependent on the photographs being taken in the first place.

* Risbey also made a single supply of photographic services when it applied digital photographic processes to the photographs supplied by outside photographers when producing the wedding book.