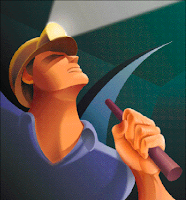 This is good news for marginal mines – start-up operations and mines close to the end of their lifespan – because the royalty rate they have to pay will decline as profitability declines.

But Goldfields chief executive Nick Holland said: “We hope that the authorities will re-evaluate the situation if royalties prove to be too onerous, given the cost pressures facing all mining companies. Lizel Oberholzer, senior associate at Bowman Gilfillan Attorneys, said the bill is not good news for offshore oil and gas exploration. Oberholzer added that the fluctuation in the amount to be paid in royalties would deter investors.

My own view is that the principle of royalty rates based (inversely) on profitability may actually encourage inefficiencies.