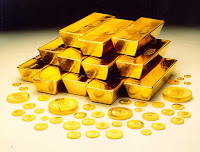 The six separate but closely intertwined trade mark infringement actions in Boehringer Ingelheim KG v Swingward Ltd etc commenced in the previous century and were twice referred to the European Court of Justice for preliminary rulings, as well as visiting the Court of Appeal on a few occasions too. The case is by no means concluded, since the Court of Appeal awaits a ruling from the European Court of Justice in a further case, referred from Austria, before it gives its final decision.

Every party embarking upon IP litigation is well advised to examine it as a commercial proposition: what will it cost to sue or to enter a defence? what are the viable alternatives? can the money be better deployed elsewhere? But no-one was likely to predict the remarkably protracted and convoluted path taken by this action, where the total cost in terms of stress, uncertainty, they tying up of time on the part of key management figures, as well as the money, took such a toll.

Today, the parties having unsurprisingly failed to agree the costs issue, Lord Justice Jacob gave a good deal of guidance, including quite a lot of arithmetic and real figures. If you'd like to see the judgment (which is 26 paragraphs long), email me and I'll forward a copy since it's not yet on BAILII.
Posted by Jeremy at 11:27:00