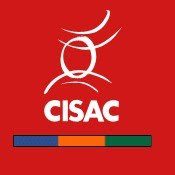 According to the European Commission's press release IP/08/1165 last week, the European Commission is ordering 24 European copyright collecting societies to stop restricting competition by limiting their ability to offer their services to authors and commercial users outside their domestic territory, while still letting them keep (i) their current system of bilateral agreements and (ii) their right to set levels of royalty payments due within their domestic territory. Says the press statement,

"The prohibited practices consist of clauses in the reciprocal representation agreements concluded by members of CISAC (the "International Confederation of Societies of Authors and Composers") as well as other concerted practices between those collecting societies. The practices infringe rules on restrictive business practices (Article 81 of the EC Treaty and Article 53 of the EEA Agreement). The Commission decision requires the collecting societies to end these infringements by modifying their agreements and practices, but does not impose fines. The removal of these restrictions will allow authors to choose which collecting society manages their copyright (e.g. on the basis of quality of service, efficiency of collection and level of management fees deducted). It will also make it easier for users to obtain licences for broadcasting music over the internet, by cable and by satellite in several countries from a single collection society of their choice.

Competition Commissioner Neelie Kroes said: "This decision will benefit cultural diversity by encouraging collecting societies to offer composers and lyricists a better deal in terms of collecting the money to which they are entitled. It will also facilitate the development of satellite, cable and internet broadcasting, giving listeners more choice and giving authors more potential revenue. However, the Commission has been careful to ensure that the benefits of the collective rights management system are not put into question in terms of levels of royalties for authors and available music repertoire."

Music authors (lyricists and composers) sign over to collecting societies the rights to manage on their behalf, worldwide, the copyright of their musical works. Based on the CISAC model contract, collecting societies have concluded reciprocal representation agreements for the collective management of the public performance rights of their musical works so that they can each offer the repertoire of all the artists represented by all the collecting societies participating in the representation agreements. The public performance rights enable authors of musical works to authorise or prohibit the exploitation of their works by commercial users such as TV channels and radio stations, and to receive royalties every time their music is played.
The Commission opened an investigation following complaints from broadcasting group RTL and Music Choice, a UK online music provider.

CISAC has issued its strongly negative response to the Commission's ban in the following terms:

"CISAC regrets a recent Decision of the European Commission which targets 24 authors’ societies in the European Economic Area. The Decision concerns the reciprocal representation contracts existing between those societies for certain exploitations of musical works via the internet, satellite and cable.

The membership issue raised by the Commission has been overtaken by events a long time ago. The interests of the individual creator lie at the heart of collective administration. The principle that creators are free to join whatever society they choose is therefore already well established and widely applied by societies throughout the EEA. As for the issue of exclusivity, the EEA societies have accepted for decades that contracts between them should be based on non-exclusive arrangements.

CISAC’s main disappointment with the Decision, however, lies in the way in which the Commission has responded to the territorial delineations within societies’ reciprocal representation contracts. Whilst it is true that the Decision’s approach to territoriality will inevitably lead to a catastrophic fragmentation of repertoire and therefore to legal uncertainty for music users, it is the Commission’s assertions that the Decision is somehow in the creative community’s interest which has been of particular surprise to CISAC.

Loudly and clearly (but apparently to no avail), the creative community has told the Commission that the community remains deeply concerned about a Decision which claims to act in the name of creators but which in fact is being imposed on them against their express wishes. Time and time again, the creator has pleaded that the Commission’s proposed course of action will lead to a calamitous decline in artistic creation, cultural diversity and creators’ income.

CISAC and its members continue to count the full costs of the Commission’s decision - not just on the world’s 2.5 million creators whose interests have been jeopardised by the Commission’s stance on territoriality, but also on users".