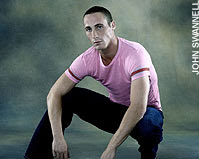 The West Indies Players Association have been assigned the image and intellectual property rights for 75 of their members as set out in the formal agreement between the players and WIPA. It is an initiative that has been welcomed by WIPA and its members as the organisation seeks to exploit and maximize the full commercial potential for the use of the players' intellectual property and image rights. "WIPA has fought many long and tough battles in recent times including those to protect the intellectual property and imaging rights of players and we are quite pleased that the parameters are now much clearer in relation to such rights," said WIPA president and CEO, Dinanath Ramnarine. He said the deal with the 75 cricketers follow the emerging trend of similar arrangements between cricket players and their associations as in the case with the equivalent groups in South Africa and England.(source: CarribeanCricket.com).

There is often much debate about whether it should be the individual, the team or the league or the federations in charge of the sport as to ownership of image rights. Some people argue that the personalities have worked hard to create their fame and so should be able to control commercially the results of this hard work by owning the rights themselves. There is also a case that since the public created the personality's fame, that it should be the public as a whole that decide who owns the rights.

Whatever the position this development must come as relief to WICA who suffered the emabarrasment of a revolt over image rights, as reported in the Telegraph here in 2004.
Posted by Darren Olivier at 16:38:00