ESPN+ and the streaming of sports events--will it complement or cannibalize?

Already in the 19th century, the book industry had begun to experiment with publishing paperback versions. The question early on was 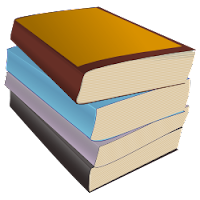 whether paperbacks expanded the market, by reaching readers who would not otherwise have purchased the more expensive hardback, or whether it tended to cannibalize sales. The advent of paper books was perhaps the first example of the tension between complementing and cannibalizing a copyright-driven market.

A version of this arose in the recent announcement by Disney of ESPN+, which is meant to be a sports-streaming service that will be available for a (modest?) monthly subscription fee. Still, even die-hard sports fans who cannot get enough of televised sports may have missed the launch of the service on April 12th. Usually, when Disney does a launch, one can expect bells, whistles, and a lot more, the better to draw attention to the new offering. Add to that is the fact that ESPN is the most consistently lucrative part of the Disney empire. Still, all in all, the launch of ESPN+ was a modest affair. It is interesting to consider the reasons this was so, and why Disney is gingerly taking steps as it enters the sports streaming business.

According to The Economist ("ESPN starts a streaming service", April 19th), Disney’s ultimate goal (bad sports pun, this ….) for ESPN+ is to create “a sort of mini [njw-at least for the moment] -Netflix for sports”, namely a commercial streaming service, as opposed to pay-tv packages that offer all the coveted major (at least US) sports. While a cable company may offer hundreds of channels, it is primarily the live sports programming (together with perhaps news) that principally draw subscribers to its services. This is why ESPN is such a valuable channel, with a reported 86 million subscribers, for which ESPN receives $8.14 in fees per subscriber per month, the highest of any network.

Enter the streaming challenge, embodied by Netflix. For a fraction of the cost, viewers can in principle cut the cable cord and still enjoy a wide array [although how "wide" can still be debated] of contents for viewing. So what is Disney to do? ESPN is ever so lucrative as a cable channel, but streaming could disrupt and thereby threaten that industry, if the right business model can be found. For the moment, therefore, the solution is apparently for Disney/ESPN to take baby steps.

This means no streaming of mainline sports events. Instead, ESPN+ will focus on streaming "secondary sports", described by Wikipedia as such events as—

The aim in showing such sporting events is to reach what ESPN, according to The Economist, calls the “hard-core sports fanatic” or the “underserved sports fan.” On this basis, ESPN+ would appear to pose no current threat of materially cannibalizing its own cable offerings. As noted by Wikipedia—


“The service is not intended to cannibalize ESPN's core linear networks, so it will not carry ESPN's core professional sports rights or offer access to ESPN's linear programming. ESPN+ will instead serve as a complement to them as part of the ongoing market trend of cord cutting and over-the-top pay television….” 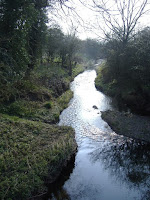 However, it is difficult to believe that ESPN+ will continue to limit itself to streaming only these kinds of live sporting events to the tails of the viewing population. Presumably, at some point, Disney will want to make real money from this. When crunch time comes, Disney will have to answer the question—how will it manage the clash between cable and internet streaming?

Hardback and softback books continue to co-exist (now joined by e-books as a third form of book product) on the basis that they are more complementary than cannibalizing of the book industry, taken as a whole. Whether that model will characterize the relationship between streaming and cable remains an open question. Will ESPN+ will be limited to being a niche form of live sports streaming, "a sort of mini-Netflix for sports". Or will it be something more; if so, how much more? Stay tuned.

Photo on lower left by Roger Cornfoot and is licensed under the Creative Commons Attribution-ShareAlike 2.0 license