The public patent auction: will it be more successful this time? 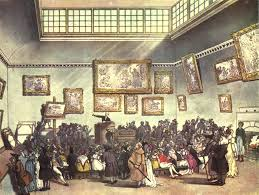 One of the more curious initiatives during the patent frenzy of several years ago was the attempt to create a public market auction for patents. In recent years, however, it seemed that the lights had significantly dimmed, if not entirely gone out of that commercial experiment. I was most intrigued, therefore, by the brief note in the most recent issue of IAM (Intellectual Asset Management Magazine, issue 69, January-February 2015). This piece reported that James E. Malackowski, the president and CEO of Ocean Tomo, the creator of the live multi-lot IP auction marketplace in 2006, from which it then exited in 2009, had announced that the company was planning to re-enter this market. Thus, Mr. Malackowski stated:

"[w]e are very excited to announce the launch of our next generation auction platform from San Francisco, the site of our inaugural intellectual property auction. “After several months of working with the corporate buyer and seller community to define the parameters of the auction, we are now accepting submissions from patent owners wanting to sell high quality technology patents in an effective, transparent forum for commerce.”

In fact, the announcement had been made on October 6, 2014, in connection with the annual meeting of the Licensing Executives Society, but I seem to have missed it. Thanks to IAM, I took the opportunity to read the entire news release in connection with the announcement, as it appears on the Ocean Tomo website. The following points made in the release are of particular notice.

1. Ocean Tomo is re-entering this market “in response to input from the patent acquisition and divestiture community that it would again benefit from a more transparent process for the purchase and sale of patents.” The focus will be on providing a “simple, transparent system that provides clear timelines for sale, equal access and price discovery.” That said, particular, potential buyers reiterated the theme that this time around, they will demand “less is more”, focus on the quality rather than the sheer quantity of patents to be offered. As stated by head of acquisitions at a Fortune 250 technology company—


“We welcome Ocean Tomo to provide us with offerings that are supported by strong ‘evidence-of-use’ because my team doesn’t have the time to evaluate and prioritize everything that comes across my desk.”

2. As for the auction process itself, perceived advantages mentioned by potential buyers include the following:


a. “[T]he real-time market intelligence a live auction provides when bidding while being able to see the price at which other patents sell. This helps me value future acquisition opportunities.”

b. Helping “close a sale faster than a private transaction because the market knows there is a fixed date on which they will be able to acquire a portfolio, which will reduce the time to monetization while helping me meet my revenue targets.”

Ocean Tomo stated it predicts that live auctions will take place four times during the year, roughly on a quarterly basis. As for some of the technical aspects of these auction events, the announcement stated:


“No more than 25 lots are planned for each auction, significantly less than the 100-plus lots offered early in the firm’s auction history. The firm will utilize an open outcry auction format for most lots, but has plans for the use of different auction bidding models for unique lots that will be shared with the IP community at a future date. Ocean Tomo plans to broadcast all events expanding to an expected global audience remotely bidding while reducing the travel commitments for both buyers and sellers. Diligence will again be through access to an on-line data room as well as facilitated interviews with sellers.”

All of this is well and good. Still, I find myself asking wondering whether Ocean Tomo will be any more successful in establishing the patent auction concept than they were the first time around. This is so against the backdrop of a gnawing sense that the perception of patents as an asset class continues to decline. Consider the headline in the January 8, 2015 posting of IPCloseUp “A few IP stocks shined in 2014; most declined, some significantly”, this despite the ever-increasing stock market prices that characterized the equity markets in 2014. Further, the request by prospective buyers for quality rather than quantity with respect to the patents to be offered , suggests that in some instances, patents of dubious value were being put for acquisition the last time around. It will be interesting to check back next January and see how this reincarnation of the public auction for patent has fared.
Posted by Neil Wilkof at 22:00:00