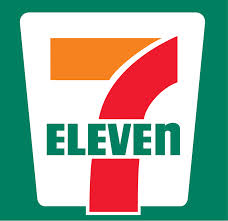 Think venture capitalists and you conjure up private companies, looking for that next investment that will ripen into a mega-exit or IPO. This world has had its ups and downs, it supporters and its critics, those who yearn for the patient family money of thirty years ago and those seek oversized returns in as a short a time period as possible. There is another VC world, however, removed, some would say far-removed, from that of private VC funds, residing as VC units of established companies, ranging from the hi-tech Olympus that is Intel to the Asia-conquering convenience store chain that is 7-Eleven. The current status of these corporate venture capital units was well-summarized in an article that appeared in the November 22, 2014 issue of The Economist, entitled “If You can’t beat them, buy them”.

So what is the motivation driving these corporations to establish a corporate venture unit? According to the article, it appears, depending upon the particular company, that it is either a result of less than stellar results in home grown R&D (no “not made here” syndrome) or an increasing fear of disruptive innovation by nimble ups-starts. Regarding the former, the article notes that such companies “are looking for quicker, cheaper and better sources of innovation than R&D, which often disappoints.” As for the challenge posed by disruptive technologies, the piece observes that “[s]etting up VC arms is a way to identify life-threatening changes to their business early so that they can adapt or better yet, get in on the act.” In addition, companies also invest in start-ups connected with the company’s main businesses rather than straying into novel fields. For example, IBM has set up a fund to of $100 million to invest in start-up companies that use the technology of Watson, a computer that communicates in colloquial language. Notably, there is no mention of exits and other measures to cash in on one’s VC investment. If this in fact is the case, this flourishing of corporate venture units represents a notable alternative to the private VC fund.


Not surprisingly, claims are being made that not only is the current iteration of corporate venture units doing better than its predecessors in the late 1960s, early 1980s, and the run-up to the dotcom bubble, but that corporate venture units may be outperforming conventional VC funds. Truth be told, the article does not provide enough information to form a view on this. One point, however, bears special IP attention. The article refers to


“[a] bank in Silicon Valley estimated that corporate VC yields three times the number of patents per dollar invested than in-house R&D.”

It is a bit difficult to get my analytical arms around this data point, since it is not clear inter alia:


(i ) how one determines the amount expended for in-house R&D (what about indirect and other costs spread across both the R&D unit and the company more generally);
(ii) why is the number of patents the proper metric for comparison (how about quality of patents); and
(iii) are the companies subject to private VC and corporate VC funding comparable (for example, are there systemic differences between the types of start-ups which are being funded).

Irrespective of a more granular reporting of this analysis, this data point does re-open the question of whether we are doing a proper job determining the relationship between VC funding of start-ups and patent activity. That in itself is worthy of further sustained attention.
Posted by Neil Wilkof at 08:53:00

It might be a very interesting subject for a research article. Any idea about how to collect empirical data about Corporate VC (eg existence of the unit, transactions, etc)?

Startups can be daring and take risks which are hard to justify. The have small nimble structures and can offer investing companies new insights, directions and expertise. The investor gets to choose the terms and conditions. For larger companies inhouse bureaucracy and calcified culture means it can be very worthwhile looking at startups.