Last Friday saw the Australian launch of the Global Innovation Index in Sydney. The massive 400+ page tome is co-publshed by WIPO in association with INSEAD and Cornell University. It's packed with metrics about the innovation process, ranging from R&D spend and other inputs to outputs such as the number of patents. The data is divided into country sections and it's a useful tool to identify best practices. 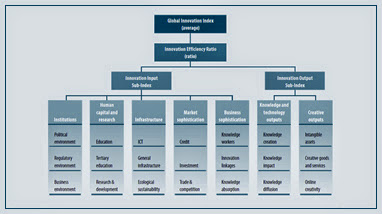 No doubt the headline data will relate to the overall index and the placing of individual countries. The headline ranking index shows tiny Switzerland out in the lead, followed closely by the United Kingdom, Sweden and Finland. The US occupies sixth place (just in front of Singapore) and German is back in 13th place. Togo and Sudan are bottom of the list (at places 142 and 143 - not all countries are covered). Whilst Switzerland has remained global leader for a number of years. the rise in the UK position (from 10 in 2011 to second position in 2014) is fascinating. This is partly due to the country's improving economy but also due to the open markets in the UK which enable access by non-agricultural products. 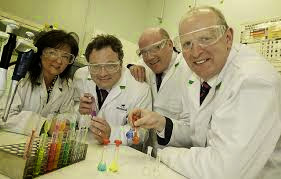 The report also looks at total R&D spend. Spending has rebounded back in most countries since the global financial crisis, but the amount of public (as opposed to private) R&D spend has begun to fall off. There are still countries in which the spend is lower than before the financial criss, but the message is that spending on innovation is still increasing. Hong Kong and Singapore are the only two countries in the top ten and their relative positions have changed. Singapore has overtaken Hong Kong (which has been slipping continuously over the past few years). Reports like this represent only a snapshot of economic activity and compare current performance only. A more detailed review will show that in most cases, countries improve their performance from year to year. 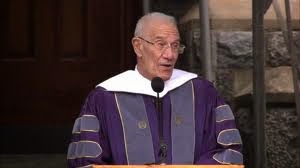 This probably shows the main value of the reports - to highlight best practice and to encourage countries to learn from each other. The overall rankings depend, of course, on the weightings given to the various factors that make up the global index and need to be treated with some degree of scepticism, but the message is clear. Innovation leads to economic growth - as economist Robert Solow showed - and that leads to increased GDP. How that wealth is shared is then a matter of controversy, as Thomas Pitketty illustrated in his recent work, Capital in the 21st Century.
Posted by Unknown at 13:50:00

Email ThisBlogThis!Share to TwitterShare to FacebookShare to Pinterest
Labels: Innovation