Protecting Trade Secrets: How Many Shades of Gray Do You Need To Count? 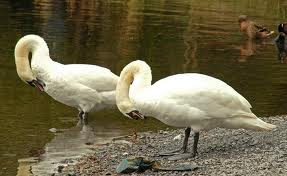 Study after study shows the claimed widespread reliance on trade secrets in protecting a company's intellectual property. In that regard, a management course addressing the creation, exploitation and protection of a company's intangible assets/intellectual property will usually seek to place these assets in juxtaposition to patents and to highlight the characteristics that distinguish one from the other. Much less considered, if at all, is the dynamics by trade secrets are treated in the actual swirl of the commercial marketplace. Indeed, academic colleagues with a particular interest in the topic repeatedly lament the difficulty in getting beyond high-level research findings, usually based on statistical analytics, in order to "find out what is really going on."

Against that background, I noticed an article that Reuters published several days ago that show just how uncertain the treatment of trade secrets can be. The March 27 article—"China eyes $3.5 billion Russian arms deal despite ire over Sukhoi copy" here, describes the cat-and-mouse game that Russia has been playing with China as it confronts the dilemma that faces many concerns who wish to do business with China—how can I balance my commercial (and in this case, perhaps also geostrategic) interests against the risk of having valuable trade secrets uncovered by my business partner. Beyond all of the talk about NDAs and the patent/trade secrets trade off, the dynamics between Russia and China provide an illuminating window are instructive about "the 50 shades of grey" that characterize the treatment of trade secrets in the marketplace.

The Reuters report focuses on China's efforts to receive renewed deliveries of certain advance weaponry from Russia to the tune of $3.5 billion, mainly fighter planes and submarines, this despite the lingering memory among Russian officials about alleged previous purloining of Russian military technology by their Chinese customers. It appears that the Chinese are particularly eager to obtain this advanced technology to fill in gaps in their domestic military technology, especially in the area of jet engine technology. As well, with the changing of the guard in China, new President XI Jinping apparently sees the transaction as having both substantive as well as reputational value.

All of this is understandable enough for China, even at the price of $3.5 billion. But what about Russia? Certainly $3.5 billion is a respectable sum of money, especially when one considers how eager they are to earn hard currency for something other than the sale of natural resources. However, from the point of view of protecting valuable military trade secrets, is it worth these sums? Starting in the 1990s, Russia transferred to China Russia weaponry and technology in the amount of $26 billion, enabling the Chinese to close its military technology gap with the West.

But at the same time, the Russians noted that while they had delivered 280 fighters of the Su-27 family to China, China also managed to produce 160 units of its J-11 fighter which, in the view of the Russians, is simply "the reverse engineered version" of the Su-27. Apparently, the copying was so blatant that it angered the Russian defence industry, who viewed it as out and out "intellectual property theft" of some of its most valuable military technology. The thought of one day having to encounter a reverse-engineered version of the Su-27 somewhere along the 2,600 mile-long China-Russia border also gave them pause for thought.

So here is the problem for the Russians. Can they take any material steps to prevent a repeat of what happened the last time they transferred valuable trade secrets to the Chinese. Three steps are suggested in the article:


1. As noted by a Russian-based analyst, " [i]t is understood that the Chinese will try to steal or copy any system they are given access to. But the amount of time they will need to do that [apparently in this case—NJW] might be very significant." In other words, managerial consideration no. 1 is simply a version of "first mover advantage", although the application is this tactic to the development of military hardware seems a bit problematic.

2. Russia sees itself as being better placed this time to limit Chinese access to the trade secrets. The previous time, it seems, the Chinese were able to make use of know-how found among experts located in Belarus and Ukraine, which were no longer part of Russia after the collapse of the Soviet Union. This time, it is noted, "[t]he new Russian systems cannot be found in the Ukraine or Belarus." This sounds like a version of what I used to hear about technology transfer by Japan to China—either hold-back key technology or make sure that it stays "between the ears" of the transferring party, with no documentary access available. Maybe yes, maybe no, depending upon how "first mover advantage" plays out.

3. The parties will be entering into contracts that will presumably protect Russian interests in this regard and provide steep penalties for breach. The problem with this is, as a lawyer, I am familiar with the limitations of contractual protection with respect to trade secrets. It is what we tell students is a "second-best" line of protection at most. Whatever the amount of any court judgment for breach, the trade secret smoke is out of the bottle and not even Aladdin will be able to retrieve it.

All of this seems to underscore the difficulty of ensuring reasonable protection of one's trade secrets when there is a concern that the counter-party may be less than forthcoming in its commitment. It also points to the need for management education to develop better tools to teach students how to weigh the trade off between revenues and other benefits and the loss of control of one's trade secret assets.