Is the Apple brand getting a bit of a free-pass? 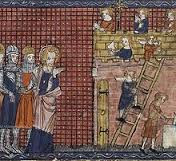 The hottest topic in the high tech world must certainly be the recent developments surrounding Apple. In particular, we refer to the drop in the share price from over US$ 700 per share to just under (for a moment) US $400 per share, the slowing profitably in the iPhone and other products, leading to the first quarterly decline in year-over-year net revenue in years here, and suggestion of the impending payment of a dividend (suggesting that the company may not have any better use for these sums). Truth be told, the hagiography surrounding the late Steve Jobs and the unprecedented success of the company over the last decade was probably unsustainable, such that this spate of less than unequivocally flattering news for Apple cannot be said to be a complete surprise. To expect the company to continue to come up with world-beating new product categories, blending design and functionality, together with a unique supporting ecosystem of contents and users, requires a certain faith more appropriate for more spiritual lines of business. Perhaps all the company's recent challenges mean is that Apple may no longer be a completely unique success story, but it is still among the world's most successful and admired companies.

Nevertheless, in listening over the last few weeds to the punditry and podcast chatter about the company, one wonders whether the company is getting a bit of a free-pass on the strength of its goodwill and reputation. We have previously suggested here that Apple's ultimate asset may well be its goodwill and reputation, which at the business level enables it to enjoy higher profit margins, even as its technological/design uniqueness may be diminishing in certain areas. But the halo effect of the company's goodwill and reputation may also color the way that commentators relate to the company. I thought of this in particular in listening to a recent Bloomberg podcast interview with Ken Segall, the Apple advertising executive who created the name “iMac” and who had a lead role in the company's famous iconic "Think Different" campaign ad campaign here. Segall is also the author of Insanely Simple here, a widely discussed book about the mind-set of Steve Jobs that fueled the company's unimaginable growth.

Two points in Segall's interview particularly stick out. The first relates to the claim that Apple, and especially the various models of the iPhone, are merely incremental rather than revolutionary, and it is "revolutionary" that has characterized the Apple story since the launch of the iPad. Segall seemed to find the very claim odd—of course the various models of the iPhone are incremental, you can only have one revolution per product (what he called the "dark side" of innovation). Nevertheless, he went to speak in rapture about his own experience with the iPhone 5, expressing the kind of personal attachment to the device and ecosystem that lies at the heart of the product's continuing success. At that moment, one of the presenters jumped in and observed that she was actually a bit disappointed with the iPhone 5, since in her view the model did not really add a whole of functionality and features to the previous model. Segall simply ignored her comment, perhaps to suggest that the presenter did not really "get it" with respect to what makes the iPhone special.

In that context, the interview went on to mention that the Galaxy s4, Samsung's about-to-be launched competitor to the iPhone 5, has received tepid reviews from pundits ranging from the Wall Street Journal here to the New York Times here. The sense one gets of this tepidness is that the Galaxy s4 is "merely" an incremental improvement of the Galaxy s3 and it lacks the "class" of the iPhone 5. To a listener such as me, I had a tough time trying to figure out why the commentary about iPhone 5 and the Galaxy s4, respectively, seem to be coloured with different rhetorical brushes, despite what seems to be a common theme. (Full disclosure, I own a Galaxy s2 device, for the simple reason that the price was right and it does what I want it to do. However, common wisdom holds that the majority of people of my generation own an iPhone. Common wisdom also holds that, at least until now, the iPhone is clearly the preferred device as a matter of status. If you want to make a social statement, you do so with the iPhone.) 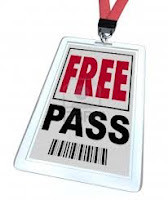 It seems to me that part of the answer is that Apple may be enjoying a bit of a free-pass based on the continuing strength of its goodwill, even at the price of a bit of some cognitive dissonance between the strength of its reputation and questions about its continued superiority in product development. Don't get me wrong, there is nothing wrong with this free pass, it being one of the reasons that a company so covets creating a strong brand. More power to Apple on that account. Nevertheless, even the world's most powerful brand may not be able to enjoy such a free pass forever. At some point, the aphorism—"what have you done for me lately?"—will kick on and the answer to the question may have decisive impact on the continuing strength and staying power of the Apple brand as a major component in its phenomenal success story.
Posted by Neil Wilkof at 15:06:00