Crowdsourcing against "Bad" Patents and Patent Trolls: But Not All Black and White 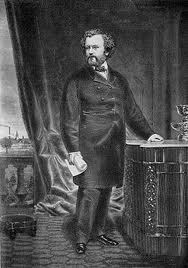 The notion that there are "bad" patents, which I take to mean that the patent should never have been granted -- or that even if it was granted, the scope of the claims are too broad -- is widely expressed. There is a parallel Darth Vader patent notion, namely, the deleterious effects of the patent troll. Here, it is presumed that some little-known and, more or less, penurious patentee, is the owner of an over-broad patent, which he has transferred to the patent troll, who then seeks to terrorize multiple persons acting within the industry covered by the patent.

It is not my purpose here to focus on the correctness of the claim that there are "bad" patents and that such patents are sometimes abused by patent trolls. Rather, let's assume for purposes of this discussion that there is a basis for such views. As such, the question becomes: how can persons who perceive themselves threatened by bad patents and patent trolls combat this challenge?

One particularly interesting response was described in an article in the January 17, 2013 issue of Bloomberg BusinessWeek as "Crowdsourcing the Fight Against Tech Patent Trolls" here. Written by Olga Kharif, the article focuses on the activities of a company called Article One Partners here, which is described as "a website where more than 27,000 researchers sift through obscure public domain materials including scientific papers, Ph.D. theses, and even product manuals to poke holes in legal claims—and possibly earn thousands of dollars."

The business model seems to be as follows. The company charges prospective clients either a one-time fee (the range of which was not indicated) or an annual membership fee (the cost of which was also not indicated). Corporate client include companies such as Philips (which asked Article One in 2011 to examine 33 patents), Microsoft and Sony. The company pays an amount ranging from $3,000-$5,000 to the researchers who come up with what is described as "the best research". Since the creation of the company in 2008, it has paid $3.69 million to researchers; half of this amount was paid for studies carried out in 2012. It is reported that 8% of the approximately 27,000 researchers earn more than $50,500 per annum.

The Company uses an algorithm to winnow research submissions in order to find materials deemed most germane to the client's matter. Five members of the company's staff then further narrow the search results and the client itself is able to refine the search through tools available on the company's website. Gerard Pennekoek, CEO of a start-up called International Property Exchange International here, observed that ""crowdsourced model works better than any grouping of staff that you bring in-house" (although, to be balanced here, two of the members of the board of directors of International Property Exchange International are listed on the company's website as Ruud Peters, the chief intellectual property officer of Philips and an apparent source of the information about Philips Electronics' use of the services of Article One described below, and Marshall Phelps, formerly head of intellectual policy and strategy at Microsoft and a reported investor in Article One Partners). The article describes how Philips Electronics paid Article One approximately $100,000 to find conclusive prior art that convinced a would-be plaintiff to back down from a threat of filing an action for infringement. Philips had turned to Article One because, according to the report, its own in-house lawyers had found it difficult to come up with "a viable defense." 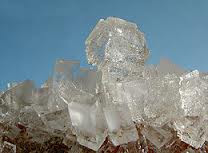 While all of this sounds jolly good, I have a some concern about discussions concerning this crowdsourcing-based business model have been bolted onto a form of IP morality play (who can be against rooting out "bad" patents and tempering rapacious patent trolls). In particular, the article does not bring any example of a small company, with limited resources, which has been able to deflect a claim for infringement by relying on research results from Article One. I agree that patent litigation, especially in the U.S., can be ghastly expensive. However, the real victim in the cost structure of patent litigation is not the multinational company (who may well be tomorrow's infringement plaintiff), but the small entity who cannot afford to defend, and as a result, often will seek an early, usually unfavourable settlement or engage in all-out capitulation, even when the legal basis for the case is flimsy. Until Article One and like companies can be shown to provide an effective and cost-effective service to such small entities, the morality play dimension of their activities must be taken with a proverbial grain of salt.
Posted by Neil Wilkof at 14:05:00

Email ThisBlogThis!Share to TwitterShare to FacebookShare to Pinterest
Labels: Article One Partners, crowdsourcing

Neil: The other framework of "bad" patents is "stupid" patents, for which a chaired position now exists at the EFF. http://www.wired.com/business/2012/12/eff-patent-donation/
Of course, the only "stupid" (or "bad") patent is one you don't yourself own.
Back on topic, though, you are onto something re the crowdsourcing of patents for small companies who don't have the resources to pay the big fees garnered by Article One. CrowdIPR http://www.crowdipr.com/ and BluePatent http://www.bluepatent.com/en are just a couple of the options out there.
Article One is expensive, but they're not the only game in town anymore. That's a good thing. Their PR folks deserve a raise for getting them in BusinessWeek, though.

Thank you for the interesting read!

We just published a follow-up post on our Article One Partners Blog addressing some of your comments and questions posed in your post. We’d be interested to hear any comments you may have. Please feel free to contact us if you are interested in further discussing crowdsourcing and IP!