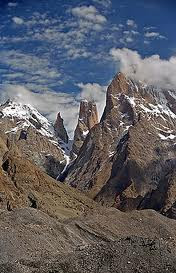 One of the most crucial IP-related stories to be played out over the next few years is the manner in which Pharma deals with the impending patent cliff at the edge of its patent portfolio. Simply put, with a significant number of blockbuster drugs set to come off patent protection over the next few years (if they have not already done so), and the relative paucity of a new generation of patents to support a further generation of patent-protected blockbuster products, the question is how the industry will cope with this looming threat to its current business model.

Against this backdrop, collaboration is all the rage. The most recent example of such coping behaviour, as reported by Reuters, was announced last week, whereby Amgen and AstraZeneca agreed jointly to develop and sell five new biotech products that are in various stages of development at Amgen, here. Under the agreement, Amgen, the world's largest biotech company, will receive an upfront payment of $50 million. The companies will share then share both costs and revenue for drugs in several disease categories--autoimmune, inflammatory and respiratory ailments.

There is almost a textbook-like quality to the rationale offered for the deal as described in the Reuters article.


1. "The collaboration will provide Amgen with additional resources to help advance its product portfolio and give Astra access to new medicines at a time when its own pipeline is relatively barren and it is facing competition from cheap generic versions of its big-selling antipsychotic drug Seroquel". Stated otherwise, while Amgen is hardly a small actor in the biotech space, its strength still resides in its R&D capabilities, while AstraZeneca seems almost prototypical in its need to obtain new products and technology that it can then leverage at the marketing, distribution and sales levels.

2. " 'We have a lot of things that we want to move forward and there are financial constraints everywhere with how much you can do," Joe Miletich, Amgen's senior vice president for research and development, said in a telephone interview. ... We still have many more things that we're still moving on our own, and this actually will help free some resources so we can continue to innovate in bringing some of the programs in our earlier pipeline along in a way that might not have been possible if we were funding these all on our own,' Miletich said." Stated otherwise, while Amgen may be the proverbial 800 pound gorilla in the biotech space, even 800 pounds is not enough to support the full complement of skills and resources needed both to develop and bring to market new drugs.

So is this as close to a "win-win" collaborative arrangement as one can hope for in the inherently high risk world of drug development, whereby each party to the agreement brings its particular competency to bear? Or is this yet another example of "me-tooism" in an industry desperate to find workable models in the face of the looming patent cliff and the relentless challenge posed by generic companies to the existing product mix?

Seer-like skills are beyond my pay scale, but others seem less daunted. Particularly telling are the words of Geoffrey Porges, a biotech analyst at Sanford Bernstein. Thus Porges makes the following acerbic observations:


1. " 'It's hard to see what AstraZeneca brings to the table other than cash and the ability for Amgen to maintain their share buybacks and dividends,' Porges said, conceding that Astra does provide some global commercial reach that Amgen lacks."

2. " 'The fact that Amgen has to partner yet another one of their strategic initiatives isn't really going to fill investors with very much confidence,' said Porges".

But the problem of investor confidence is not limited to the Amgen side of the equation. The article reports that AstraZeneca has notably failed in developing experimental medicines for depression, ovarian cancer and diabetes. If the collaboration is meant to allay such investor anxiety, then the critical comments from an analyst such as Porges, affiliated with a prominent financial company, augurs poorly in that regard, at least for the short term. The more troubling question is whether, if Porges is right, there is any promising model that offers a reasonable of enabling Pharma to successfully deal with its patent cliff problem. The forthcoming Facebook IPO may be the hottest discussion topic in the high tech world, but something tells me that the resolution, or lack thereof, of Pharma's patent cliff problem will have greater long term consequences for both business and societal well-being. Media -- take note.
Posted by Neil Wilkof at 21:33:00