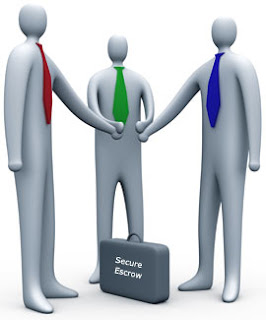 What would you do if the supplier of your critical systems went insolvent?

In times of economic uncertainty, industries associated with software and technology services are highly likely to suffer. They are heavily reliant on solvent customers themselves, and on those with a sufficient degree of disposable budget to spend on non-essential work, such as software developments and updates (as opposed to rent, bills, wages, etc...). If the software companies are vulnerable, so too are their clients; and -- like it or not -- almost every business is the client of a software company.

Computer software is commonly used and found in most businesses and for every software program there is a source code without whch the software cannot be sold. Importantly this code enables the software to be revised and maintained. Source code is mostly protected by copyright.

Software may be developed by a third party for a client exclusively, or it may be licensed. More often than not it is leased or purchased ‘off the shelf’ and not owned by the business using it. As most of a business’s software is licensed, it will not be transferable and it will probably not available for assignment by the official receiver as liquidator or trustee. Further, as discussed in my previous articles [see note on Tuesday articles in the right hand side-bar], companies should be aware that the official receiver can disclaim onerous property under the Insolvency Act 1986; and that includes licences which may be a critical part of your business.


“But wait”, I hear you say “I own the IP in my software because it was developed for me. That means I’m safe doesn’t it?”. Not necessarily; even when bespoke software is developed exclusively for a company, the software company may still own the IP rights to some or all of the code behind the product. In such circumstances the official receiver should consider the agreement entered into with the supplier in light of both restrictions on assignments and the ownership of copyright. If a software supplier has 'invented' the software for the insolvents use it is likely that they will own it and not the insolvent.

If the software has been developed within the business this may give rise to problems as the individual designing the software may be a contractor rather than an employee. If that is the case the agreements by which that contractor is engaged should be carefully examined to determine who owns any IP rights created.


As a business you should establish at a minimum: (1) who holds the IP rights for your critical software; and (2) where would you find that source code should the company that developed it go bust. Number 2 is easier said than done. The owners or creators of software should not be relied upon to provide information on the location of software they have developed for you after they have gone into liquidation and it is unlikely that the official receiver will know where to begin.

One way of ensuring you know exactly where your code is and how to get to it is to have an escrow agreement built into any software agreement you enter into. Escrow agreements allow code (and other property) to be held upon agreement of the parties by a neutral third party. Code subject to the agreement will they only be released according to the agreement upon the fulfilment of its terms.

You should ensure that the conditions which stipulate the release of source code are looked at in order to determine when and in what way they can be enforced. You should also ensure the agreement allows the beneficiary to request a third party verify the code subject to the escrow is complete and this right should be exercised! You may view verification as an unnecessary expensive, but it can be invaluable. If the escrowed code is defunct it is essentially worthless and by the time you find out it is worthless, the liquidated company may not be in a position to help you locate the correct code.

Many businesses value critical transactions and contracts by value. However, this can be fatal when reviewing your software contracts for criticality. You may find that a critical software package that controls you payment systems cost almost nothing to develop, but consider for a moment wht would happen if that software stopped working and the company which developed it went into liquidation; it may have huge knock-on consequences to your business revenue.

So it is not just the criticality of your contracts that you should be managing; you should also ensure that you are aware of the financial state of your suppliers. This way you can direct your resources to deal with the suppliers controlling your critical IP that are financially exposed.

Before a company goes into liquidation, look out for the warning signs that they are in trouble. For instance, has there been a drop in service provided by the company to your business? Have their accounts and annual returns been posted late? In times of financial difficulty, the accounts department will often be distracted by other pressures and overlook accounts filing deadlines. Often when a business is getting into financial difficulty, VAT and PAYE/NIC payments are regularly made late as available cash is being used to pay suppliers to keep the business running. In such cases HMRC will often apply for a business to be wound up if crown debts are continually left unpaid. To protect your interests make sure that if you are aware your supplier of software may go bankrupt ensure you follow the company closely and involve yourself in the insolvency proceedings.

And finally, a note to those dealing with insolvent companies. It has recently been reported that former employees of Factor 5 Inc in the US, who declared Chapter 7 bankruptcy in May, are being sued by former employees for fraudulently hiding assets before declaring bankruptcy in order to avoid paying employees and other debtors. The company ran into trouble when Brash Entertainment, whom it had signed a publishing deal, fell victim to its own financial difficulties and went under, which ended funding for Factor 5's project and eventually forced it to close down as well. The suit alleges that prior to the bankruptcy, the founders of Factor 5 created a new company called Blue Harvest, to which they "fraudulently transferred assets, including source code and other intellectual property," including a partially-completed version of Star Wars: Rogue Squadron for the Wii. It is alleged in the complaint that Factor 5 and White Harvest are essentially the same company. When dealing with an insolvent's estate it may be worth checking, have the rights to code and other IP rights been transferred ‘on mass’ just prior to liquidation? This is easy enough to see when directors transfer houses to their spouses, but may not be as apparent with unregistered rights such as copyright.


Tomorrow I’ll be popping along to give a talk at Winston & Strawn’s Bootlaw Session with my colleague Ian Silcock from Hardwicke Building. It’s free of charge to attend and if you would like further details you can have a look at Bootlaw’s Meet Up page.
Posted by Louise O'Callaghan at 22:19:00

Seems like a good reason to use open source software -

Query whether doubts the robustness of the community developing the open source software carries with it some functional similarity to an insolvency risk.