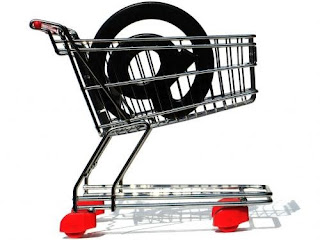 It goes without saying (but I’ll say it anyway) that in this day and age the internet is big business. It is highly likely that any potential customer may first come into contact with brand or product online and as a result domain names can command large sums. When the official receiver, or anyone else dealing with the insolvent company, is aware of the existence of a domain name in insolvency proceedings they should first verify the registration of the domain name.

While the ownership of a domain name can be easily established by reference to websites such as http://www.who.is/, the registration certificate issued by the internet service provider in respect of each domain name should be consulted in order to fully authenticate registration and attribute it to a named person. The official receiver ought to first attempt recovery of this certificate from the insolvent’s records and, if this certificate cannot be found, enquiries should be made from the relevant internet service provider. This is necessary because, in order to transfer the name to the purchaser, the registration certificate is usually required. If the certificate cannot be found, Nominet UK should be contacted for guidance on transferring .co.uk domain names without the registration certificate. The US .com equivalent is InterNIC.
There have been many high profile disputes regarding domain names and cybersquatting. The failure to investigate the right to use a name, or even the reckless or deliberate disregard of someone else’s right to use a name, is a frequent cause of domain name disputes. Such situations can include when the registrant wishes to harm the business or reputation of the other party. One interesting recent example of this type of action is the Mike Morgan and Goldman Sachs saga, which although not connected to insolvency, is connected to the financial markets, so I think I will indulge.

David v Goliath
Mike Morgan, a US investment advisor, real estate agent, attorney and blogger has got into deep water with Goldman Sachs. Why? Well Mike’s blog site is called goldmansachs666.com. No prizes for guessing what the problem is here. Mike Morgan is using the site to criticise the bank after the outcry in the US regarding AIG bonuses of $185 million, while (so Mike tells us) Goldman Sachs had ‘walked quietly out the back door with $180 billion’. In a bid to educate the public, Mike started his blog.

Goldman Sachs, not being best pleased with the situation, subsequently sent Mike a cease and desist letter threatening trade mark infringement and claiming that his domain name interfered with those registered rights. And this is where it gets interesting. Mike did not roll over and die, nor did he ignore the letter and see what happened next. Instead he took the bull by the horns and filed a complaint in the United States District Court asserting his right to free speech. You can see a news clip interview of Mike discussing the situation here.

The posts on the website are currently on hold pending the litigation, but the website itself is still very much active. According to Mike, dates for pre-trial issues have already been set and as there are no signs of backing down from either party, this one looks like it might go all the way.

Domain name disputes are not only resolved in court, interested parties can also use the registrar or the Internet Corporation for Assigned Names and Numbers (ICANN's) dispute procedure (various ICANN dispute resolution policies can be found here). ICANN’s website also holds a wealth of useful information and is well worth a visit. Potential purchasers of domain names should always try to make sure the seller discloses any disputes with third parties relating to the domain name and attempt to ensure that those disputes are resolved before any transfer is undertaken.

How much is it worth?
If the domain name is not infringing it is potentially a valuable asset. The key question is; how much is it worth? There are companies out there that can provide a valuation of a domain name over the internet and these can be used to test the value. Factors used by various service providers include the number of characters, the extension, and the volume of keyword searches. Each company has its own set of predictors. These factors are the variables that predict the demand for a domain name. As a result of these multiple and varied methodologies, valuation can be a relatively arbitrary test and, depending on the potential value, it may be worth getting more than one valuation.

If the domain name appears to be valuable the official receiver should try to sell it in order to maximise the liquidated company’s assets. There are lots of ways domain names can be sold. These include auction sites brokering domain names on the internet and specialist transfer agencies. The amount of commission charged varies between sites. However, if it appears that the domain name has no value (or so little value that the transaction costs are likely to outweigh any potential gain), then the receiver may prefer simply to cancel the registration or leave it to lapse at the end of the registration period, rather than try to sell it; whichever is most cost effective.

This is my third article in the series and it should be read in conjunction with last week’s article on trade marks and my first article on company names. This is because, as previously observed, it makes sense to ensure that domain names which are similar or identical to other IP assets, such as trade marks or company names, are packaged up and sold together. This is to prevent potential future claims, such as infringement or passing off claims.
Posted by Louise O'Callaghan at 23:14:00