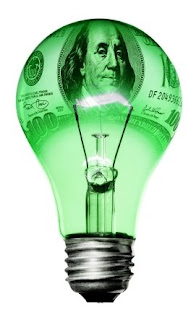 Patents can be bought and sold like any other property. But patents differ from other forms of IP in that they can be expensive and time-consuming to maintain. Therefore it may be more attractive to sell an asset such as a patent in insolvency than maintain it. The flip-side of this is that there may be some good bargains to be had from an insolvent company if you know what you are looking for.

The patent is effective from the date of publication of the specification of the invention by the Patent Office, which is approximately 18 months after the filing date.

Maintaining your patent
A patent must be maintained or its registration may lapse and it will then become worthless. The first renewal date is the end of the calendar month of the fourth anniversary of the application filing date and renewal fees are then due every year for the remaining 15 years that the patent remains in force (some pharmaceutical and agrochemical patents can obtain extension through supplementary protection certificates for up for five additional years).

You should pay your renewal fees to the Patent Office. Fees can be paid any time between 3 months before the due date for payment and one month after, without attracting penalty charges for late payment. If the renewal fee is not paid within six months of the due date then the patent will lapse and the invention will not be protected.

What happens if the patent lapses?
If the patent is not renewed in time it is possible to restore the patent rights by application to the Patent Office as long as that application is made within 19 months of the missed renewal payment. It is necessary for the applicant to satisfy the Patent Office that it intended to pay the renewal fee on time. But you must provide evidence such as a witness statement and any other evidence you may have, setting out the circumstances in which the renewal fee was not paid.

It is possible for the Official Receiver to ask the Patent Office to confirm that the time limit for restoration has not expired. However, the Patent Office cannot give any indication on the likely success of such an application. If the Official Receiver is considering making an application to restore a patent in order to sell it, the costs of the application should be taken into account in the negotiations relating to the sale and should not exceed the potential sale proceeds.

What might prevent the sale of a patent?
Enquiries should be made to establish whether there are any licensees or mortgagees of the patent in order that they can be informed of the making of the Insolvency Order and asked to note the Official Receiver’s interest.

By virtue of s.30(2)&(3) Patents Act 1977 (“PA 1977”) patents, like real property, can be subject to a secured loan by way of a mortgage and will vest by operation of law in the same way as any other personal property; thus a patent owned by a company subject to a winding-up order would belong to the liquidation estate. Bu, instead of contacting the Land Registry, the Official Receiver should verify ownership of a patent by contacting the Patent Office. Information can also be found in the insolvent company’s accounting records and/or by searching at the Patent Office.

Licences and royalties
But it is not just the patent itself that can be sold. It may be financially beneficial to grant a licence to use the patent. However, such licences need be maintained; the Official Receiver should consider whether such an obligation can be met before such a licence is granted. As when transferring the patent itself, any assignment of a licence should be in writing and signed by the parties; the Patent Office should be informed of the transfer.

Deciding whether to buy, sell, maintain or licence a patent is a commercial decision. And remember, your patent is worthless if you are unable to defend it against infringement and defending it can be an expensive process in itself. Companies are looking to exploit their patents and other IP rights in the current economic downturn as a way of protecting assets and taking other player out of the market. A report by Freshfields Bruckhaus Deringer found that nearly 40 per cent of the largest corporations "are actively looking to litigate" to protect their rights. In such a climate as this does a liquidated company really have the financial means to protect and maintain patents? If the answer is no, there may be some bargains to be had for the rest.
Posted by Louise O'Callaghan at 18:08:00

Email ThisBlogThis!Share to TwitterShare to FacebookShare to Pinterest
Labels: Insolvency and bankruptcy, patents