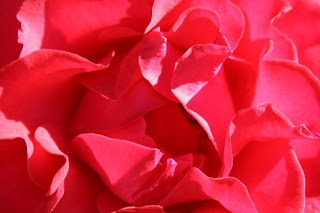 Call a rose by any other name and it may not smell as sweet; but manage the transfer and sale of a company name in liquidation properly and you could come up smelling like roses.

According to The Insolvency Service, in Q1 2008 there were 3,210 liquidations in England and Wales, an increase of 4% from Q1 2007. By comparison in Q1 2009 there were 4,941 liquidations which, by the Insolvency Service’s calculations, is an increase of a massive 56% on the same period in 2008 (although according to my calculation it’s marginally lower at 53.9%).
As almost every commercial entity owns intellectual property of some description it does not take a rocket scientist (or the lawyer protecting his patents) to realise that legal practitioners dealing with valuable assets such as IP rights are much more likely to come into contact with insolvency practitioners than in previous years. And, in order for insolvency practitioners to maximise the potential assets from insolvent companies they should pay heed to fully exploiting such assets.
Once a company has been wound up it is commonplace that the official receiver gives notice of the bankruptcy order to courts, sheriffs, bailiffs, HM Revenue and Customs, the Land Registry and other professional bodies; which should include IP rights’ registries. One of the most common IP rights any company is likely to hold is that of its name, and registered names can be found in the registrar’s index of company names at Companies House. This name may or may not also be a registered trade mark, but we will save trade marks for another day. Even if the company name does not have significant goodwill in the market place remember, it may have significant financial value to other persons involved with the company and should never be overlooked as a potentially valuable asset.
The insolvent company must adopt a new name if its old one is to be sold

Importantly for the practitioner dealing with the sale of a company name to a third party, it will be necessary to change the name of the company in liquidation with Companies House so that the name can actually be used by the party purchasing it. This is because by virtue of s.26(1)(c) of the Companies Act 1985 (“CA 1985”) a limited company may not have a name which is the same as another registered companies’ name.

How do you change a company’s name?

For a name change to be made possible, a company requires a special resolution of shareholders (s.28 (1) CA 1985). If the purchasers are also the shareholders of the company in liquidation, then there should be no problem in obtaining a special resolution. However for reasons discussed below, issues may arise if directors or shadow-directors of the company in liquidation plan to be involved in the management of the new company.

If purchasers are not shareholders in the company in liquidation it may be possible for them to buy shares so they can pass the necessary special resolution. But beware of s.127 Insolvency Act 1986, which states that any transfer of shares after the commencement of winding-up is void unless otherwise ordered by the court.

If the shareholders cannot be found, do not agree to a resolution, or the court does not agree to a post winding-up transfer of shares, the purchaser may be satisfied if they can simply call their company by a similar name; in fact a little re-branding signifying a change in ownership may be beneficial to the value of the brand. Again, there may be certain restrictions if the directors of the insolvent company are involved and these are discussed below. The Registrar of Companies does have the power to direct a company to change its name if it is too similar to another company name on the register, so before adopting the new name a purchaser should gain permission from the Registrar. The official receiver should be aware of any attempts to register a name which is similar to that of the company in liquidation and inform the Registrar should they become aware that such an attempt is being made. The official receiver may not actually want to block such a move, but simply to ensure that adequate payment is made for the use of that name.

When transferring the registered or trading name of a company, the consequences of s.216 IA 1986 should be considered. S.216 deals with restrictions on re-use of company names. It applies to directors or shadow directors of a company who were practicing as such any time in the year preceding the liquidation of that company. A person who is, or has been in the 12 months prior to the date of liquidation, a director or shadow director of the company in liquidation is prohibited from using, for a period of five years, a name which is the same or similar to the registered or trading name of the company in liquidation.

If the company name embodies the whole of the company in liquidation, or if the name is being sold as part of the entire business, then the purchaser must adhere to the procedure outlined in r.4.228 of the Insolvency (Amendment) Rules 2007 (“I(A)R 2007”). If the name does not represent wholly or substantially the business then r.4288 will not apply and leave of the court will be required. In this instance prospective purchasers should then provide the official receiver with evidence that such application has been made and there should be no sale of the name until leave has been granted.

The rule itself states that prior to the sale of the business and before the purchaser is likely to contravene the prohibition, they must give notice to every creditor whose name and address is known, or potentially available through reasonable enquiries, and then publish the notice in the Gazette. The purchaser may give and publish such notice prior to the sale of the business, but must do so no later than 28 days after that sale is completed. Such a notice cannot be retrospective and must specify

* the name and registered number of the insolvent company;

* the name of the person subject to the prohibition;

* that it is their intention to act in ways which would otherwise be subject to prohibition in connection with, or for the purposes of, the carrying on of the whole or substantially the whole of the business of the insolvent company; and

As long as this procedure is correctly followed then leave of court as required under s.216(3) is not required. This is a very important provision to adhere to and if there are plans to sell a company name a conditional provision should be entered into the contract for sale to reflect this.

Unauthorised changes and problems an official receiver may encounter

Unauthorised change of a company name can happen and when it does it often causes problems. Members of a company have been known to attempt to bypass the official receiver when transferring the registered name of a company in return for payment. This is achieved by passing a resolution to change the name of the company in liquidation without the knowledge of the official receiver and then using the vacated name for another company. In such circumstances s.208 IA 1986, which deals with misconduct in the course of a winding-up, might be relevant if an officer of the company, having knowledge of the passing of a resolution, conceals the information from the official receiver. Those making unauthorised changes should also watch out for s.207 IA 1986, which deals with transactions in fraud of creditors and is particularly relevant if the company name is valuable and the shareholders who effect the change of name are also officers of the company.

Although the directors’ powers to act in the company’s affairs cease upon the making of the winding-up order, shareholders in a company acting unanimously have common law powers to waive irregularities to achieve informally a result which would otherwise require the observance of a specified procedure. To effect the change of name without the official receiver’s knowledge the members of the company will have met, passed the appropriate resolution and had the company’s name changed by Companies House. In this instance there might be nothing the official receiver can do to halt the process as the name of the company may have already been lawfully changed. Before the application is registered, Companies House do have a procedure whereby, in compulsory liquidations, they may contact the liquidator to establish whether such a name change has indeed been proved; but they are under no obligation to do so.

In circumstances where the official receiver becomes aware that such a change has occurred, it is important that they make an application (which can be made without notice) to change the title of the proceedings and a direction that this form of title be used in the future winding up of the company. A short report explaining how the change of name occurred should be annexed to such an application and the resolution and change of name certificate should also be attached as exhibits. If this is not done the official receiver may be vulnerable to defamation claims, as from that point on they will be referring to a certain company name as being in liquidation when it is not.

If the official receiver, or purchaser of a company name, adheres to the provisions and is aware of the potential pitfalls, then the sale of a company name can be a lucrative and beneficial sale for all parties concerned. And besides, everybody likes to see a familiar high street name survive liquidation!

Email ThisBlogThis!Share to TwitterShare to FacebookShare to Pinterest
Labels: transfer and sale of company name in liquidation