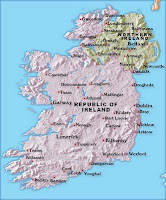 "... the Government intends to introduce a new tax relief for capital expenditure incurred in the purchase of intellectual property assets. The precise details of the scheme ... will be outlined in the forthcoming Finance Bill ...

... the Government has committed to increasing R&D spend to 2½% of GNP by 2013. This is designed to supplement the Government’s measures over the last ten years of having trebled its R&D spend, to a current level of approximately €2.5 billion per annum. ...

[These] measures are a welcome addition to Ireland’s existing tax incentives for intellectual property creation and exploitation. In addition to the Ireland low corporation tax rate of 12.5% for IP exploitation activities which are carried on as an Irish trade, other taxation measures which already form part of Ireland’s intellectual property regime include the following:

Patent Income Exemption
In general, profits or gains arising from a patent (whether received in the form of royalties or as a capital sum) are taxed as income. However, Irish legislation provides a tax exemption (limited to €5 million per annum) for income derived from “qualifying patents” when received by an individual or company resident in Ireland.

A “qualifying patent” is defined as a patent in relation to which the research, planning, processing, experimenting, testing, devising, designing, developing or similar activity leading to the relevant invention was carried out in the European Economic Area. It is not necessary that the patent itself be registered in Ireland or indeed in another country of the EEA. However, the recipient of the royalty income must be Irish resident.

Where the patent holder is a company, Irish legislation also provides for a tax exemption in respect of dividends paid by a company which is in receipt of tax-free patent income, subject to certain restrictions where the royalty income is received from a related company.

... As there is no requirement that the patent royalty be payable in respect of an invention used for an activity located in Ireland, this exemption has been traditionally very attractive to large international groups, making Ireland a popular location for IP holding companies.

Stamp Duty Exemption
Irish tax law also provides an exemption from stamp duty on the sale, transfer or other disposition of intellectual property, including patents, trade marks, copyright, designs, inventions, domain names, supplementary protection certificates and plant breeder's rights. Goodwill is also expressly included in the exemption to the extent that it is directly attributable to IP. This represents a huge tax saving for companies engaged in the licensing of IP or other hi-tech business and therefore acts as a further incentive to locate IP rights in Ireland.

Research and Development Tax Credits
Tax credits are available on research and development on up to 25% of qualifying expenditure. The credits can be carried back one year as well as forward. Where a company has insufficient corporation tax to absorb the credits, they can instead be set off against payroll taxes over three years ...".

All of this may be compared with Alastair Darling's UK budget proposals yesterday, where -- with the exception of some comforting words for the green innovation sector -- there was not much cheer for prospective investors in IP innovation or the acquisition and commercialisation of existing rights.
Posted by Jeremy at 08:49:00