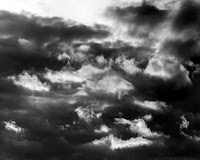 A depressing piece of analysis by Steven Zeitchik ("Industry braced for economic impact"), on Hollywood Reporter, predicts the perfect storm facing the film-financing world in the wake of the current economic downturn. He observes:

"... so-called single-picture financing -- which encompasses films ranging from the smallest indie to a $60 million star vehicle -- is going through its own turbulence. Projects that would have sailed through easily a year ago are stalled in development. Movies that are practically in preproduction are falling apart at the eleventh hour.

Most evidently, skittish equity investors who once thought nothing of dropping a few million into a project are becoming a lot tighter with their money, while the overall number of equity investors is starting to drop.

Almost as dramatic is the change in debt financing, the means by which much of a film's budget is covered. Money is either too expensive -- interest rates have soared from the neighborhood of 10% to 20% for many films -- or impossible to get in the first place.

To top it off, a barren foreign-sales market -- some call the recent Berlin market the worst in many years -- is dinging the financing world. Producers can't finance most pictures without foreign presales, and foreign presales help cover much of the debt in what's known as Gap/Supergap financing. If a project can't be presold and risk limited, financial institutions such as Aramid and Newbridge Partners who provided this funding become more reluctant to lend".

He gives the example of a typical $10 million film finance project, where $5 million may come from debt financing, $3 million from equity investors and the rest from state grants and tax rebates. The reluctance of equity investors to commit and the poor prospects for foreign sales make the funding exercise painfully difficult.
Posted by Jeremy at 00:03:00