Okay amigos, tell me how much George Clooney's favorite tequila brand is worth

Let’s start with a confession: try as he may, this blogger still finds the valuation of trademarks and brands a bit of a black box. For sure, there are some fine books that attempt to explain how this kind of valuation is done (see, here, for example, the excellent book by Gordon Smith and Susan Richey,Trademark Valuation: A Tool for Brand Management). But the sense of unease remains.

Against this backdrop, the following headline that appeared on 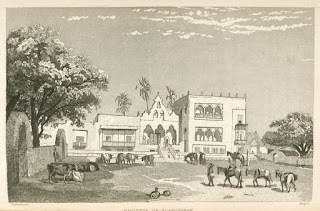 reuters.com on Thursday grabbed his attention: “Diageo to buy George Clooney’s tequila for up to $1 billion.” Diageo, despite being saddled with one of the worst rebranded company names in recent memory, has managed to become the world’s largest spirits maker. Recently, it has taken an increasing interest in the high-growth market for tequila.

Enter “Casamigos” (meaning “house of friends” in Spanish), which was established only in 2013 by actor George Clooney, entrepreneur Rande Gerber, the spouse of supermodel Cindy Crawford, and real estate developer Mike Meldman. According to the deal, the owners of the company will be paid $700 million, with an additional $300 million to kick-in over 10 years if certain performance goals are met. While one billion dollars is not an especially large sum for an acquisition into today’s business world, it is hardly an insubstantial amount for a four-year old brand selling into a market with established competitors.

Crucially, the founders, or at least some of them (surely George Clooney?), will continue to promote the brand. Within the Diageo stable of tequila offerings, it is said that Casamigos will be promoted as a “celebrity lifestyle brand”, while the existing Don Julio product will be promoted as a “heritage craft spirit’.

For someone who is trying to make sense of this transaction and the acquisition price, consider the following, as reported in the reuters.com report:

1. Morgan Stanley estimates “the deal’s enterprise value was about 20 times annual turnover”. Compare this with what is described as an industry standard of enterprise value in the range of 4-6 times sales.

2. Morgan Stanley added that “If the brand sustains its growth, it could potentially be the next Patron [described as the major competitor in the tequila market]," …."But if not, it might be value destructive."

3. As for the fact that Diageo will be flogging two tequila products, however the respective brands will be positioned, analysts at Bernstein were skeptical:


"In our experience, it is difficult for sales, distributors and customers to focus on two brands in the same category at similar price points at the same time.”

4. How central to the deal is George Clooney’s promotion efforts? According to Morgan Stanley, Clooney’s continued focused involvement with the product is crucial. As suggested above, the brand positioning of the product rests on its celebrity status.

5. Whether it is reasonable to expect Clooney to promote the product for the next 10 years is anyone’s guess. If not, can one reasonably expect “Casamigos” to meet its goals and successfully position itself as a celebrity brand? 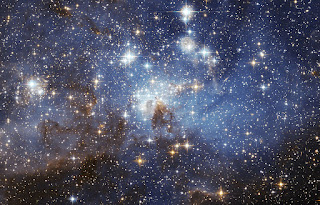 But all of this uncertainty is not simply the purview of analysts and other third-party observers. Consider the words of the president of Diageo North America, Deirdre Mahlan. A high-growth company like Casamigos (54% growth over the last two years) is "notoriously challenging to value under traditional methods".

Query whether this is simply another way of saying that the traditional methods cannot support the valuation given for the deal, which will soar or crater as a function of the ability to continue with the star-associated aura of the product. Disentangling the value of the brand from the contribution by George Clooney in continuing to promote the product strikes this blogger as a particularly challenging exercise in the valuation of intangibles.

Picture on lower left by ESA/Hubble

Has there ever been a celebrity alcohol product that achieved long term market success? Name a good celebrity wine ...