Google and taxes and the UK and ... everyone everywhere?

This isn't strictly about taxation of IP - that £130m that Google are apparently coughing up to the UK tax authorities is apparently based on their revenues from selling advertising to UK customers rather than from licensing IP (according to press reports; I'm not inclined to assume that these are a guaranteed clear explanation of anything to do with UK tax). But, of course, anything Google earns is driven by IP so I figure it's pretty fair game for this blog.

If reasonably accurate, the reports are interesting, because UK tax rules (and the tax rules in most other countries too) aren't based on revenues booked in the UK alone. Instead, they're based on the UK profits attributable to taxable activities in the UK. We have some new rules here in the UK, which came into force in April, which attempt to tax profits which have been diverted out of the UK artificially - but that's still profits, not revenues, and they still need someone to be doing something in the UK.

The implications of the press reports - and general outcry of 'too low, too low' - are interesting. And possibly not entirely thought through. 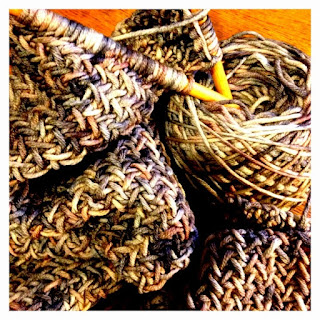 To take another example IP business sector that's been mentioned a fair bit over the past year (albeit possibly mostly in specialist tax reports): knitting pattern designers - particularly freelance pattern designers selling though etsy or ravelry etc. Now, these have been mentioned regularly because of the EU VAT changes at the beginning of 2015, which pretty much required these designers to collect VAT at the customer country rate from customers - which, in the UK causes a fair headache because most of these designers don't earn enough to be required to be VAT registered here, but aren't below threshold elsewhere - and the compliance was a mess.

But the logical extrapolation of the Google etc reports is that one should pay income tax everywhere that one books revenues. Which rather suggests that VAT is going to be the least of a freelance knitting designer's worries: the VAT side of things can be (to an extent) dealt with by using payment aggregators like PayPal and others to deal with the VAT on your behalf - and it only applies to EU customers. But having to register for income tax and deal with that tax compliance in every single country from which someone buys your knitting pattern? Good luck ...

Yes, Google has sales people etc in the UK, so it's in a slightly different position to a pattern designer selling to a country other than the one they live in, but the calls for 'more tax' aren't based on those sales people being here, just on the sales revenue Google makes. And, frankly, Google could probably get most of the same UK revenues without a single person being needed here (AdWords signups seem pretty automated to me ...)

The OECD BEPS project has been trying to deal with this - and things like the UK diverted profits tax are an outcrop of that - but there isn't a simple solution (I'm pretty sure tax authorities would have found it by now, if there was one). So, those calling for Google et al to pay more tax simply because of the revenues they make here should think about the knitting pattern designers too.
Posted by Anne Fairpo at 12:36:00