Dr. Joe Wyse, a partner (and colleague of this blogger) at the Israel-based IP boutique, Dr. Eyal Bresler & Co., has provided us with an interesting way of how the 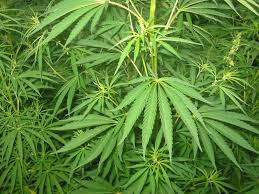 patent system may be used to prevent fraud in connection with the business of legal uses of cannabis.

One of the most dynamic new areas of patent activity has been medical uses for cannabis, as start-ups seem to be cropping up at a pace commensurate with the legal production of the plant itself. An interesting angle on the possible financial risks in entering the space was suggested by Jeffrey H. Kramer of Kroll Global Fraud Report 2015-2016, who focuses on what he claims are the particular risks of fraud in the field. Kramer writes as follows:

“The risks of fraud in the medical marijuana industry are clear and pervasive. States, banks, private equity firms, insurance companies and others could unknowingly enter into a financial relationship that could prove disastrous without thorough domestic and international due diligence investigations being completed on the dispensaries, growers and their sources of funds. Growers and dispensary owners could have significant financial or legal problems, ties to U.S. or international organized crime, or a host of other issues”.

While vigilance about the risk of fraud is always a good practice, the question remains, as a colleague asked, “Why all the fuss about fraud in the medical marijuana industry?” Is the industry being unfairly singled out? Is there a case of moral panic here? Is the Kroll company seeking to create a new business market by (over?)-stating the special risks connected with medical marijuana? To get a feel for how to properly address these questions, I ventured into cyberspace to see what experts in other industries were saying and writing about fraud. Even a modest bit of online searching throws up references to instances of serious fraud, sometimes on a massive scale, in so many established industries that one may well wonder if the marijuana business, in comparison, is as tainted as suggested in the Kroll article. What follows are some observations concerning several industries:

Food Industry According to a 2014 NSF White Paper, “a number of factors have come together to make food fraud a significant global threat for the food industry”. Indeed, "… it is estimated that it costs the world economy $49 billion annually and is growing”. The UK horsemeat scandal is just one example. Fraud is so rife in the food industry that many patented technologies are being introduced, especially in traceability and authentication, to identify the precise origins of food products.

Crowd Funding Let’s consider the world of crowdfunding, such as Kickstarter. During the last two to three years, numerous scams have been unearthed, ranging from falsifying the experience and qualifications of principals involved in order to attract investors to bogus inventions, false results data, dubious theft of images, misuse of donations, and outright lying about deliverables promised. In fact, according to Engadget web magazine, “the Federal Trade Commission now has your back when the host sites' safeguards aren't enough. The government body has taken its first action against a crowdfunding fraudster, reaching a settlement with Erik Chevalier after he cancelled a Kickstarter board game project and reneged on promised refunds”.

Biotech What about biotech? William Baine, at Rufus Scientific, has researched fraud in this area, and his report makes for sobering reading. He estimates that fully 50% of the fraud is financial, with the rest split between scientific and clinical trials misconduct, market rigging and the 'normal' corporate stories of theft, bribery and unethical business conduct.

Pharmaceuticals Pharmaceuticals provide a number of opportunities for specialized fraud, including good manufacturing practice (GMP) violations, off label marketing, best price fraud, continuing medical education fraud, Medicaid price reporting, manufactured compound drugs and various instances of kickbacks. Some examples include the three billion dollar settlement by GSK for illegal promotion and failure to report safety data, and false price reporting and Pfizer's settlements in the amount of $2.3 billion for multiple civil and criminal allegations in the largest case of pharmaceutical and health care fraud in US history.

It may be that the relatively new legal medical marijuana and cannabis industry, while subject to heightened attention and regulation, is actually relatively small in the amounts at issue. There (still?) may not be that much fraud to detect, in comparison with some of the other industries mentioned above. Still, investors in this nascent area do wish to have as much proof as possible of the bona fides, traceability and accountability of a business or individual in which they are being asked to invest. I would maintain that, apart from the usual due diligence of probity, registrable intellectual property associated with the principals can be enlisted to good effect.Note that the PTO practice in the United States requires providing it with details regarding ownership and provenance of the IP right sought to be registered, and a false declaration can trigger allegations of perjury and allied federal offences. It would make sense, therefore for any business seeking funds from outside investors in this new area, who are chary about the possibility that they may be getting involved in fraudulent activity, to be provided with the additional comfort of registering IPR’s.

Provisional patent applications may be particularly suitable for this purpose, since they must be applied for by a named individual, and then reassigned to other entities, as appropriate. The point here is that in an innovative industry, registrable IPR’s are easily created and filed, they provide an excellent paper trail, and, in cases of false identity, or improper personal information, may be readily exposed. Fraudulent abuse may lead directly to the enforcement at the federal level. Given this, perhaps potentially shady individuals seeking to enter this area may nevertheless be loath to perjure themselves in such an easily discoverable manner.