Bye bye GE Appliances--but what about the brand?

If the measure of a brand is all of the market information embodied therein, then the GE brand has certainly attracted a lot of recent attention. The move of its corporate headquarters from suburban Connecticut to Boston 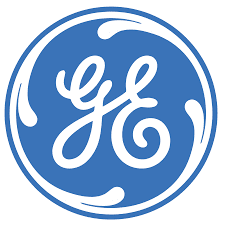 has been widely noted, including by this blogger. Of less notice, perhaps, was the report last week that GE had reached agreement with the China-based Qingdao Haier Co. Ltd., a unit of the Haier Group, for the sale of GE’s white goods appliance business, including such products as refrigerators, freezers, clothes washers and dryers. The transaction price was announced at $5.4 billion. To put this amount in perspective, GE was more or less forced to walk away in late 2015 from a $3.3 billion offer from Sweden’s Electrolux, due to opposition from the U.S. antitrust authorities. Electrolux, GE and Whirlpool are the three dominant players in this industry. Haier is reported to have merely a 5% market share, which is not expected to attract antitrust scrutiny (although the Committee on Foreign Investment in the United States may still weigh in the contrary).

What is interesting from the IP point of view are three points. First, the sale would seem to be consistent with the announced move of GE to Boston, to better enable the company to become a leading “high-tech global industrial company.” As much as white goods do not lack for high-tech features (think the “internet of things” and one’s ability at some point to activate his washer from afar), it would appear that it is not the high tech sort of activity GE seeks to engage in going forward, even at the apparent price of transferring the company’s technology in these areas to Haier.

Second is the fate of the GE trademarks that have anchored its white goods business for decades. The reports on this transaction suggest that Haier will receive rights in the relevant product marks, including MONOGRAM, CAFÉ, PROFILE and ARTISTRY, as well as the GE APPLIANCES brand. Indeed, as part of the deal, it is reported that following the acquisition, “GE Appliances will continue to market the current portfolio of GE brands for a period of 40 years (inclusive of two 10-year extensions)." This seems a different approach than that taken by Lenovo, when it acquired IBM’s PC business a decade ago. One would be hard-pressed to find anyone under 20 years of age who can recall the IBM brand in connection with the PC market. That will not be the case with respect to the GE brand in this case, which will continue to be used in connection with these white goods products for decades to come. How that will work as a branding strategy and redound to the GE brand going forward is an interesting question.

Third is the possible manner in which Haier will make use of GE’s distribution network for these products to seek and expand the company’s own product lines in this area. As one industry analyst, Johan Eliason, was reported by Reuters.com (see above) to have observed—

…over time I’d expect them to use GE’s excellent distribution network in the U.S. to source in more of their own Chinese low-priced products which will change the [pricing] dynamics to some extent.

If this will occur, Haier may then be relying on the same distribution network to move both higher and lower- end products, each under separate brands. How will the company juggle these potentially competing brands and support the brand equity that each enjoys? Will there be a strategy whereby the purchaser of a low-end product will be more likely to trade up as his/her financial circumstances improve, or will the brands stay separate? Could there even be a scenario whereby Haier might rely on a complementary distribution network for its lower-end products?

More generally, the effect on the GE brand, as the company seeks to reposition itself going forward, continues to bear close watch.
Posted by Neil Wilkof at 19:57:00