More than just money: a primer on reverse payment settlements

"Patent litigation is a costly affair. Regardless of which side prevails, each flank racks up impressive accounts with its 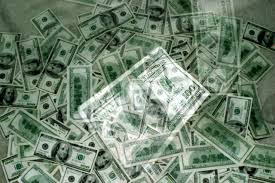 respective counsel. Settlements are widely accepted as one of the most effective ways of curbing private and public costs while keeping innovation and consumer protection close to desired levels. As was recently noted in this blog, the financial flows in some of these settlements have been taking such peculiar turns that they have roused the interest of courts, scholars and even senators, including Democratic Presidential candidate, Bernie Sanders.

Based on the latest figures of the U.S. Federal Trade Commission (FTC), each year since 2006 has seen between 10–40 final settlements in which the patent holder has agreed to pay the potential infringer, a marked departure from the usual state of affairs. The FTC notes that in FY 2013, these ‘pay-for-delay’ settlements involved 21 pharmaceutical products accounting for $4.3 billion in annual U.S. sales. Many argue that these sales figures include a significant amount attributed to the injury suffered by the consumer, which already in 2010 the FTC estimated to be $3.5 billion per year. With figures such as these being thrown about, it is no surprise that reverse payment settlements are getting their fair share of attention.

In 2013, the United States Supreme Court, in its decision in the case of FTC v. Actavis, laid down the ground rules for applying antitrust scrutiny to reverse payment settlements. Stating that “[this] form of settlement is unusual, and there is reason for concern that such settlements tend to have significant adverse effects on competition”, it ruled that reverse payment settlements are not immune from antitrust considerations, even if the effect of the settlement would be limited to the ‘scope of the patent’, as previously held by lower courts. The Actavis ruling also made it clear that the potential unlawfulness of reverse payment settlements is to be assessed in line with the rule of reason approach, with particular attention given to the size and justifications offered for the payment involved.

Still, some argue that the decision left several crucial questions unanswered, including what constitutes a payment that can trigger antitrust scrutiny. In the 2014 decision in In Re Loestrin 24 Fe Antitrust Litigation, Federal Judge William Smith opted for a formalistic interpretation of the ‘cash-focused guidance’ contained in, his words, the ‘confusing’ Actavis decision, and reasoned that “this Court cannot help but find that [the Actavis ruling] applies solely to monetary settlements.”

Federal judge Judge William Walls, in the case of In re Lamtical, reasoned along similar lines, noting that the “Supreme Court made clear its intent to give patent litigants latitude to settle without triggering the antitrust scrutiny[…]” in cases where no cash payment is involved. According to those amenable to the position of Judges Smith and Walls, patent term splits, side deals on co-promotion and so-called ‘no-authorized-generic’ agreements, would all be immune from antitrust scrutiny under the Actavis framework.

However, others disagree. The Third Circuit reversed Judge Walls’ decision, ruling that the issue at hand is an “unexplained large transfer of value from the patent holder to the alleged infringer” regardless of the form of consideration. Several recent cases agree with the Third Circuit, including the case of In Re Nexium (Esomeprazole) Antitrust Litigation, where Federal Judge William Young makes a persuasive argument for a broad interpretation of ‘payment’ as “serve[ing] the purpose of aligning the law with modern-day realities.”

Indeed, by analogy to other areas of law, one can reasonably argue that the courts will ultimately find themselves coalescing around a broader concept of value along the lines that Court of Appeals Judge Richard Posner alluded to in the case of Asahi Glass Co. v. Pentech Pharms, where he noted that every settlement by default incorporates ‘compensation’ within the more comprehensive sense of the term.

While it is likely that courts will continue to hold divergent views on the forms of payments that trigger antitrust scrutiny, there appears to be wide-spread agreement that even a sizeable payment can be justified. Justifications for such a payment will include covering litigation costs and other commercial arrangements, such as holding inventory or supplying active compounds.It is the view of this guestblogger that many post-Actavis ruminations by lower federal courts have focused too heavily on the form and size of payments at the cost of addressing more meaningful questions, most notably the anti- and pro-competitiveness of the reverse payment settlements in question. In particular, what the post-Actavis lawscape is missing is a solid framework for analyzing the dynamic effects of the transfers involved.

Taking both R&D capacities and expenditures, as well as dynamic considerations into account, any alteration of a monopoly situation could in theory be pro-competitive; even when the other side of the duopoly would not enter the market covered by the patent during the patent term. It would seem essential to move beyond considerations of size and static market concerns and nudge the rule of reason analysis towards assessing the potentially pro-competitive uses of the financial valuable transfers and bolstering the generic manufacturer’s ability to engage in productive R&D with profits that would have otherwise been retained by the original monopolist. Also, it will be interesting to see whether courts use their discretion more broadly and consider the possibility of ‘correcting’ unlawful settlements, e.g., through mandatory expenditures on R&D or FRAND licensing. 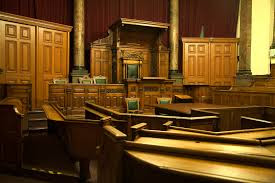 Perhaps some of our readers, as well as others, are currently involved in cases that will eventually help the courts further clarify the analytical framework of reverse payment settlements in the context of the intersection of patent law and competition law. This guest blogger certainly hopes so."
Posted by Neil Wilkof at 13:06:00