"And with one leap he was Unbound ...": a Jolly perspective on subscription publishing 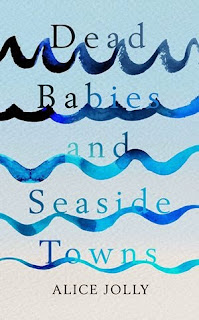 One of the most interesting items to appear in the Authors' Licensing and Collecting Society (ALCS) newsletter in recent times is "Crowded House: Why I Crowd Funded My Book", this being an informative and (inevitably) well-written account by writer Alice Jolly of her reason for taking the crowd-funding route when seeking to publish her forthcoming memoir Dead Babies and Seaside Towns, through the agency of Unbound.  You can read Alice's piece in full here. Of particular interest to readers of this weblog are the following comments concerning the financial side of the publishing equation:


" ...  I raised £10,000 for the publication of my book. Was it worth it? Would I recommend the experience to other writers? With publication over a month away at the time of writing, the jury is still out. Overall, however, my experience with the crowd-funding publisher Unbound (“a new way to connect authors and readers”) has been positive. Not just positive, actually, but also fun, frightening and exciting.

... Unbound was set up by three writers who were fed up with all the moaning ... Their model is generally hailed as innovative and modern. In reality, what they have done is to use the internet to revive the ancient practice of publishing by subscription. This is the way that Dr Johnson published his Dictionary and it is also the way that many novels were published in the 18th and 19th centuries.

... Unbound has to decide whether they want your book. It guards its gate as carefully as any traditional publishing house. Equally, however, it can afford to take a punt on a risky book in a way that other publishing houses often can’t. This is because, before Unbound publishes, the writer has raised the money in subscriptions (in my case that £10,000) to cover the production costs of the book. Unbound might not always win but it can’t lose. Clever, isn’t it? The financial deal they offer to authors is also attractive: once the book is published, the author gets 50% of royalties.

... I needed approximately 500 people to each pledge £20 in order to raise the £10,000 required. In return, these subscribers will get a beautiful hardback copy of the book with their name in the back. People who contribute more money can get other benefits such as an invitation to the book launch or lunch with the author. To help a writer raise the subscriptions, Unbound makes a video about you and your book, and sets up a web page with an extract from the book and a biography. ...

It can be embarrassing emailing your friends and neighbours again and again. You have to become adept at using social media, and you need to go to any writing-related event to which you are invited and market yourself shamelessly. ...  The whole process is hard work – sometimes frustrating and sometimes bruising. You know exactly who has signed up and who hasn’t. You learn not to take it personally ...

Once you get the subscriptions you need – in my case, it took six months of hard work – Unbound operates as any traditional publishing house would, dealing with editing, proofreading, cover design and publicity. ...

... how does Unbound go about selling the book to a wider audience? Unbound has recently signed a deal with Penguin Random House, who will now deal with the distribution of Unbound books. This is a huge coup. For Unbound writers, it means the possibility of a small, personal publishing service with access to big publisher distribution. Isn’t that what most writers would like?  ...

Unbound believes that its subscribers will keep pledging. It is now publishing the second books of some writers, and reports that those authors are finding it easier to raise the subscriptions a second time around. That should be true. After all, you already have an email list of all the people who signed up before.

I would now be loath to return to traditional publishing, even if I could. Unbound was there when I needed it, while the mainstream publishing industry certainly was not; it just didn’t have the nerve for my book. And I won’t forget that fact. Other than the question of raising the subscriptions, I can’t see any downside to the Unbound model at the moment. ...

This blogger recalls the large number of people who have urged authors and publishers to come to terms with the internet and new technologies and to come up with new business models rather than demand reforms of copyright law.  This approach to publishing has the attraction of using the internet and the social media to good effect while adapting a model, based on subscription publishing, that is centuries old.
Posted by Jeremy at 06:57:00