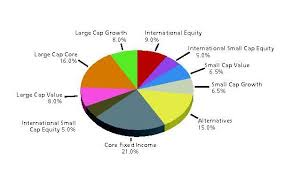 I last week took part in a program co-sponsored by IP Finance on “Patents and Value.” A report of the program is scheduled to be published at a later date. A by-product of the event was the lively post-program discussions that took place around the bar and snack table. In particular, I recall being seriously upbraided by a colleague, actively engaged in the patent valuation field, who took me to task for intimating that patents are not an asset class. Two questions occurred to me following that discussion: (i) are patents indeed an asset class; and (ii) why does it matter so much for persons in the field that the answer is “yes”? Permit me to share my thoughts on both these questions.
Let’s begin with the definition of “asset” per Investopedia.com, namely “[a] resource with economic value that an individual, corporation or country owns or controls with the expectation that it will provide future benefit. “ Investopedia.com further explains that—

“[a]ssets are bought to increase the value of a firm or benefit the firm's operations. You can think of an asset as something that can generate cash flow, regardless of whether it's a company's manufacturing equipment or an individual's rental apartment.”

By contrast, “asset class” is defined as ‘[a] group of securities that exhibit similar characteristics, behave similarly in the marketplace, and are subject to the same laws and regulations. The three main asset classes are equities (stocks), fixed-income (bonds) and cash equivalents (money market instruments).” Here too, Investopedia.com further explains the term, noting that--


“…in addition to the three main asset classes, some investment professionals would add real estate and commodities, and possibly other types of investments, to the asset class mix. Whatever the asset class line-up, each one is expected to reflect different risk and return investment characteristics, and will perform differently in any given market environment.”

Based on these definitions, it would seem that patents can certainly be viewed as an “asset”, albeit of a peculiar and even sui generis kind, where the connection between a patent as an asset and the value that the patent brings to the firm is difficult to explain, much less to quantify. What follows from the definition of “asset class”, however, is that not every “asset” constitutes an “asset class”. That distinction would seem to apply regarding patents. My familiarity with the notion of asset classes derives primarily from the investment literature, where the categories are used in connection with formulating a formal (or informal) investment risk strategy. Notions such as “lighten up on stocks”, “reduce the duration of your bond holdings” and “the commodity super-cycle is over”, are representative examples of the role that an asset class can play in making investment decisions. To speak of a “market for patents” in this context is simply inapt.

Even if we extend the notion to an asset class to such assets as “works of art” or, as suggested by Jeremy Phillips during the program, “postage stamps”, patents fail to meet the test. At the most, patents can be tradeable asset with its own ecosystem for helping buyers and sellers make informed decisions about the transaction. But the existence of this ecosystem has not, and cannot, turn patents into a full-fledged asset class.

As an interesting aside, CalPERS, the California Public Employees’ Retirement System, America’s largest pension fund, announced last week that it will eliminate all of its hedge fund investments, which amount to more than $4 billion in 24 hedge funds and six hedge fund-of-funds, here. I heard a podcast interview of a senior official from CalPERS, who made the comment that hedge funds are not really an asset class but a way of doing business, which CalPERS believes is too complicated and too expensive. A fortiori, if that is CalPERS' view of hedge funds as an asset class, what can possibly be said regarding patents? If the foregoing is correct, then the question remains—why the insistence on nomenclature (“patents as an asset class”)?

Truth be told, it seems that the reason is simple—it sounds good. To speak of one’s assets as members of an asset class is to admit oneself into the world of professional investment, be it a fund, investment bank or other source of substantial investment capital. The high profile disposition of patent portfolios such as Nortel, Motorola Mobility and Nokia, anomalous as they were (all having been driven by financial difficulties with the seller), only stoked the aspirations of “patents as an asset” to be recognized as “patents as an asset class”. There is a legitimate, indeed, an essential role for an ecosystem in which patents can be valued and sold. But this ecosystem is still a work very much in progress. I wish it every success-- the IP profession only stands to benefit from the value that such a robust patent transaction ecosystem can bring. But let’s not claim to be something that it is not, and cannot be.
Posted by Neil Wilkof at 15:44:00

It's good be realistic about the risk associated with the 'value' of a patent. That should make it more likely that we can either develop ways to deal with the risk or develop better ways of finding the value of a patent. I'm hoping the equivalent of a Sotheby's will emerge which will provide independent valuations which are universally recognised.