When clinical trial data is fudged; woe to the company or woe to the industry? 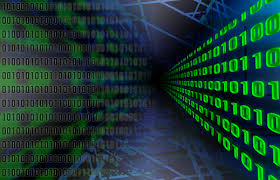 When I think of clinical test data, my attention is usually drawn to controversial Article 39.3 of
the TRIPS Agreement, which affords protection for confidential regulatory data in industries such as pharma and agrochemicals. Article 39.3 provides as follows:


“Members, when requiring, as a condition of approving the marketing of pharmaceutical or of agricultural chemical products which utilize new chemical entities, the submission of undisclosed test or other data, the origination of which involves a considerable effort, shall protect such data against unfair commercial use. In addition, Members shall protect such data against disclosure, except where necessary to protect the public, or unless steps are taken to ensure that the data are protected against unfair commercial use.”

However, the issue of trial data in the context of regulatory approval took on an entirely different meaning this week when it was announced, here, that a U.S. company, Hyperion Therapeutics, here, was cancelling its agreement to acquire the Israeli company Andromeda Biotech, here. Andromeda has been developing a Type1 (juvenile) diabetes drug (DiaPep 277).The value of the deal, which was announced a half-year ago, would have reached $570 million plus additional payments of royalties. As a part of the arrangement, Hyperion also undertook to fund Andromeda’s continued R&D activities. The primary beneficiary of the deal was Clal Biotechnology Industries Ltd, the controlling shareholder of the company. A first payment of $20 million dollars in cash and shares had already been made.

What was the reason for the cancellation of the transaction? As reported by Globes, a leading Israeli business newspaper, Hyperion advised that it had “uncovered evidence” that Andromeda employees had falsified certain clinical trials of the drug. More particularly, it is reported that Andromeda conspired


“with a third-party biostatistics firm in Israel to improperly receive un-blinded DIA-AID 1 trial data and to use such data in order to manipulate the analyses to obtain a favorable result.’ Hyperion further stated that ‘[a]ll of these acts were concealed from Hyperion and others. ”

Shares of both Hyperion and Clal Biotechnology nosedived in the aftermath of the disclosure.

What is both interesting and curious is that questions had already been raised about both the value of the transaction and the propriety of the company’s trial data. As for the price tag of the acquisition, Globes observed that “there were some who raised their eyebrows and wondered why the product was being sold at a relatively low price, earlier than expected, to a relatively unknown partner.” In light of recent developments, as observed by Globes,” the question arises whether other companies ran away from the deal after seeing Andromeda’s data.” Indeed, it is reported that rumors had already circulated in the past regarding what was termed “inconsistencies” between previously obtained trial results.

An interesting comment in this respect was reportedly made, here, by Mr Mori Arkin, a well-known investor, who often teams up with Clal Biotechnologies in investing in the biotech sector. Arkin is quoted as saying:


“There is no need for us to rebuke ourselves too much – neither the Israeli company nor the biomedical industry as a whole. The acquiring company, Hyperion, is not a large company. The data had these weaknesses from the beginning, and large companies probably realized it. If Hyperion overlooked weak points in the data, it’s their mistake, not that of the other side, and it’s not nice to make such unilateral accusations. It’s the court’s job to do that after a claim, and it’s not acceptable to lash out and damage the reputation of various parties.” 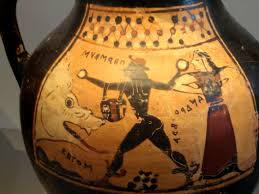 Arkin’s comments are particularly intriguing because they seem to place the burden for the failure to understand the problems with the trial data, at least in the context of the acquisition, on the acquiring party. In particular, it is suggested that the acquiring company (as a “small” company) did not carry out “proper” due diligence, in contrast with other, unnamed larger companies, which would likely have picked up on the “weak points of the data.” If Arkin is correct that size so matters in an acquirer’s ability to investigate a biotech target properly , especially when questionable data are at issue, this is a matter of material concern, giving new meaning to the term “caveat emptor” and raising a red flag on the ability of “smaller” biotech companies to carry out proper diligence in connection with acquisition activity.

Alternatively, however, perhaps what is taking place is an attempt by a major investor in the field to deal with a threat to the broader perception of the integrity of the entire industry, at least within the Israeli content. What better way to do confront this challenge (and presumably protect one's investments in the area) than to suggest that culpability lies not with the company and the ecosystem of the industry but with the acquiring company. The first class action suit has already been filed against Clal. Clearly, though, sorting out what really happened has only begun.
Posted by Neil Wilkof at 10:45:00

Neil, I agree, it does sound extraordinary to blame the purchaser for not doing enough due diligence, and for not being "nice" by making accusations. If the intention was to minimise the fall-out for the Israeli biotech sector, he might have been better advised to take the opposite tack, ie that one bad example was in no way representative of an otherwise blameless sector.

In the last few years pharma have adopted the model of working with small biotech companies to co-develop products, and that allows a much more in depth due diligence to happen which may lead to a buyout. Clearly we need a lot more scepticism in the sector.