How (indeed can) we value the commercial contribution of design to a product? 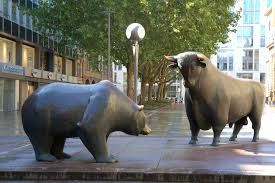 The value of IP assets can be seen from two vantage points: one focuses on the contribution that IP assets make to the value of a product or an entire company, while the second centere on their value as a tradeable asset. One would think that the former would attract more attention than the latter. After all, most companies never even consider selling their IP assets; for them, the value of these assets is connected in some way to the activities of the business. But this does not appear to be the case. For almost a decade, what seems to have grabbed popular attention is not the nuts and bolts of how IP contributes to a company’s bottom line, or more generally, its competitive position, but rather the amounts paid for a number of IP (primarily patent) portfolios.

In truth, once one gets beyond the pharmaceutical industry, where the connection between robust patent protection, products and premium pricing seems clear enough (as well as the converse—think “patent cliff”), the manner by which IP contributes to a company’s financial and competitive well-being is more murky. And yet, at the end of the day, given the money and man-hours devoted to developing IP protection in many companies, one would think that we are awash with reliable metrics that capture the relationship between a company's IP rights and its related commercial activities. The underlying principle appears clear enough. As stated by Gordon Smith and Russell Parr in their iconic work-- Valuation of Intellectual Property and Intangible Assets, 3rd edition, here:


[A] company lacking intangible assets and technology would be reduced to operating a commodity-oriented enterprise where competition and lack of product distinction would severely limit the potential for profits. Conversely, a company possessing proprietary assets can throw off the restrictions of commodity-oriented operations and earn superior profits.

But how this sensible observation is translated into measurable indicia remains a challenge. This is especially so when design rights are involved. As IP people are well aware, design protection tends to enjoy a back seat to patents, trade marks and copyright in most IP practices. While it is not infrequently stated that design is crucial for a product’s success, I have seen few analyses that really dig deep into how design protection actually contributes to a company’s bottom line. Indeed, in the Smith and Parr book itself, designs are mentioned in passing only once. Against this backdrop, I was intrigued by the following observations that appeared in the July 12th issue of The Economist regarding the latest restructuring of Philips (“Philips: Lights out”), here.


"Philip’s fastest-growing business last year was one that involves little cutting-edge technology: ‘consumer lifestyle.’ … Philip’s strong designs allow it to charge a premium for its food processors and electric razors, especially to Asians. To stay close to them, the division moved its headquarters to Shanghai three years ago.”

And so I asked myself—how does the The Economist know that it is Philips’s prowess in product in design that enables it to charge a premium? As an anecdote, I in fact purchased a new Philips electric razor several months ago. The major reasons for the purchase was that I have owned a Philips electric razor of some kind for over 30 years, I have come to trust the technical capabilities of these branded products and I was impressed by the functionality of the new model. True, I found the design of the product sleek and attractive, but it was not a major factor in purchasing decision. Maybe, however, I am an exception; perhaps product design is crucial for these products, especially with Asian consumers. If so, how does one measure the contribution of the product design, as separate and distinct from the power of the Philips brand and the technical capabilities of the device, in being able to charge a premium price?

The answer to the question of how much does design matter is not a matter of analytical interest only. We have witnessed during the past several years an increasing reluctance, at least in U.S. courts, to grant injunctive relief unless the IP right (usually a patent) is the major component of the product at issue. There is sense to this approach, especially for a product protected by multiple patents. But what about a registered design for the product? Can it be reasonably concluded, as the article in The Economist did, that it is the design elements that are central for the uniqueness of the product. If so, protection of the product design might make it easier to obtain injunctive relief than will an action for infringement based on a single product component protected by a patent (consider the Apple-Samsung litigation in the U.S.). To determine whether infringement of the design justifies an injunction depends upon the importance of the design to the overall value of the product. How this can be determined still seems to me to be a daunting question.
Posted by Neil Wilkof at 09:11:00