Kodak, Patents and the Deal That You Can't Refuse? 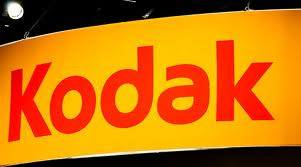 Let's start from the end: No, I am not going to let this subject disappear quietly.

Several months ago I wrote about "Patent Valuation, T.S. Eliot and the Theatre of the Absurd" here, where I commented on the steadily decreasing valuation of the Kodak patent portfolio. The saga continues. Last week it was reported by Joe Mullin on arstechnica.com here that Kodak has entered into a credit line of $793 million dollars with its bondholders, provided that the company can raise at least $500 million from the sale of its portfolio of patents. The arrangement still needs approval of the bankruptcy court, it is reported.

The names of potential purchasers remain a combination of smartphone companies--such as Apple, Google and Samsung-- on the one hand, and patent aggregators, such as Intellectual Ventures here and RPX Corp. here, on the other. The article goes on to make a number of points that are not entirely clear to me:


1. "Because such a wide range of entities is working together to buy these Kodak patents, it is unlikely that they would fall into the hands of patent trolls or be used for other types of patent attacks."--I don't quite follow this. What does it mean that these entities are "working together"? Are they allocating the patents between them? If not, what is the nature of this coordination? Moreover, depending upon on how you define a patent troll, both Intellectual Ventures and even RPX Corp can be seen as having troll-like characteristics.

2. "This deal would allow Kodak to get one big lump-sum payment rather than eke out its patent cash in court."--This seems to be a bit of false dichotomy. Did anyone really believe that Kodak's patent folio was going to earn the company aggregate recovery in the amount of many hundreds of millions of dollars? Is sale of the patent portfolio really a commercial alternative to continuing to slog it out in courts?

3. "But the endgame will remain the same: competing companies--and, indirectly, consumers--will still have to pay a hefty tax to buy out a dying, but patent-rich, business"--This is not clear to me at all. Who are the competing companies and why are they paying "a hefty tax" for the patents? 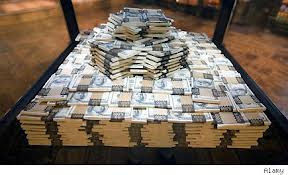 4. I do not understand the pricing dynamic that it taking place here. In particular,
what are the pressures that are being brought to bear on these potential purchasers so that they agree to pay an amount greater than if there was a free auction of the portfolio? What comes to mind is that the bondholders want to pressure the perspective purchasers to fork over at least a half-billion dollars or take the risk that the patents fall into the "wrong" hands. Maybe that is the "hefty tax" that is referred to in the article.

More generally, I would really love someone to dig into how it came to pass that the same patent portfolio was given a valuation of over two billion dollars last year. Who had in interest in championing this over-estimate? How was this supposed to translate into fees or other income for interested parties? Is there an IP equivalent here to the tawdry conduct of several major investment houses a half decade ago, who were flogging investments of the same bundles of assets that they were shorting (i.e., betting on their price decline)?

Stated otherwise, it seems to me that the time has come for at least certain elements of the patent valuation business to come clean on what happened. Greed, misjudgment, or something more sinister?
Posted by Neil Wilkof at 22:52:00

> Greed, misjudgment, or something more sinister?

Or just none of the above and just another confirmation that even the most die-hard analogue photographers have surprisingly decided to let go of all their dear principles move to digital still cameras after all?

Sounds stupid in hindsight, but would be plausible in my opinion...