Entrepreneurship and Innovation: When IP Does Not Seem to Matter

I am a big believer in "narrative". What I mean by "narrative" is the overarching framework of discourse that characterizes discussion about a given topic. Against that backdrop, I have been arguing, both in writing and in talks, that the rise of social media has brought in its wake a material decline in IP as part of the narrative on entrepreneurship and innovation. I have recently had two acute reminders of just how far IP has dropped out of this narrative.

The first reminder was in connection with a university programme on entrepreneurship for which I serve as a consultant. The purpose of the programme is to create an environment for the rapid fostering of start-ups. The programme has attracted international attention due to the number of successful exits that it has spawned. The downside to this obsession with quick exits is that the overwhelming number of start-ups are in the gaming and social media space, with students perceiving lower barriers to entry and where there exists a greater possibility of attracting a willing buyer at an early stage.

In that connection, I have for a number of years given an overview lecture of IP from the commercial perspective. Typically, following the lecture and running throughout the one year of the formal programme, several of the start-up groups consult with me about various IP aspects of their proposed ventures. I had noticed, however, that the number of such student inquiries has been steadily decreasing. How far IP had fallen was made clear following my recent lecture to the current intake.

I came away from the lecture thinking that the session had successfully introduced IP into the students' entrepreneurship narrative. Oh my, how wrong I was! The feedback was quick in coming and it was a stunner. "We found the topic to be totally irrelevant" was the view of most of the budding entrepreneurs in the class. IP was simply of no interest, not specifically to the various start-up projects and not more generally as part of the preferred intellectual arsenal of the young entrepreneurs. What the students want to learn about are issues of privacy, database protection and methods of online collection and payment. Whether I am the person best equipped to lecture on these topics remains an open question. 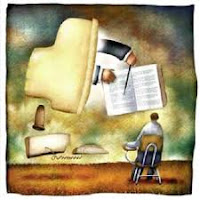 The second reminder arose in connection with a lengthy survey article-- "A Sense of Place: Technology and Geography", which appeared in the Oct. 27th issue of The Economist here. The focus of the article was to counter that view (promoted by The Economist itself in the 1990s) that digital and telephonic developments would result in the "death of distance." Au contraire--"Geography matters as much as ever, despite the digital revolution", says Patrick Lane, the author of the survey.

The first example brought in the article is a ride-sharing service in operation in San Francisco (where else?) whereby individual drivers "rent out" seats in their car, giving the owner of the service a 20% cut. The service works through a smartphone app, which effectively brings together a willing passenger and willing driver. The service is still dealing with issues of regulation and licensing. Participating drivers are identified by a pink-colored moustache on the front of the car, which is the trade mark for the service.

Try as I might, I could find no other discussion of intellectual property in the article, not in connection with the seat-rental service and not more generally in connection with other goods and services described. In describing entrepreneurial endeavours in the area of how technology is exploiting geographic proximity, IP is once again absent from the narrative.

With all of the media attention being devoted to the patent disputes involving the likes of Apple, Samsung, Google and HTC, the two instances described above are a useful and instructive antidote. Heavyweight patent cases make great theatre, but they do not reflect what is going on beneath the surface. At the level, the narrative of innovation and entrepreneurship is more and more uncoupling itself from traditional categories of IP.
Posted by Neil Wilkof at 05:41:00

The failure to recognised the importance in entrepreneurship and innovation is sadly nothing new where I am from - Barbados. There is a lot of attention being given especially to entrepreneurship and to some extent innovation or at least the use of these terms. Unfortunately, IP is simply not part of the dialogue, it is most definitely seen as being of little relevance. I think this reinforced by the fact that it is overwhelmingly treated as an esoteric legal area rather than a commercial matter.