ICT esperanto and competition among standards

It has been a little while since the IP Finance weblog has hosted a piece from regular guest contributor and ICT patents and standards expert Keith Mallinson (WiseHarbor) -- but we are pleased to welcome him back for his first post for 2012:


ICT Esperanto and Competition among Standards
Open and competitive ICT markets produce many standards, but not all will flourish or even survive. With free choice, customers and their users often overwhelmingly plump for one standard over others in pursuit of highest performance (e.g., from HSPA in 3G cellular) or widest interoperability (e.g., with SMS for mobile messaging).
Significantly different levels of compliance and interoperability among vendors, all notionally supplying to the same standard, may also cause customers to favour one vendor over all others. If product performance and interoperability is inferior to that of established standards from leading vendors, the introduction of new and open standards or alternative vendors will fail with customers. Increasing choice of standards or suppliers is useless if implementations do not work properly. In many cases that requires full interoperability with large bases of existing users.
However, coexistence of competing standards, including proprietary extensions to these, is also vital to facilitate innovation, satisfy diverse requirements and enable the emergence of new leading standards. Strong user preferences for certain standards justifiably rewards those who have had the foresight, taken the risks and made the investments to develop and promote them, and build a user base for their fully-featured and standards-compliant products.
Evolution beats creation with rich and widespread use
The need for high levels of performance and interoperability in ICT can be illustrated with an analogy in human language. According to Wikipedia, the goal with Esperanto’s creation was “an easy-to-learn and politically neutral language that transcends nationality and would foster peace and international understanding between people with different regional and/or national languages”.  However, using Esperanto has never become more than a niche activity. It is spoken by less than 0.1% of the world’s population versus more than 10% with English as a first or second language. Evolved languages have richer vocabularies, much more extensive literature and large numbers of existing mother-tongue and second-language users. English, Spanish, French, German and other languages have remained preeminent across regions, nations and within particular international domains in business, art, ICT and engineering.  Customer preference and supplier leadership for books and courses by indigenous organizations, for example, Collins for English as a foreign language and the Goethe Institute for German, are a natural consequence in development of market supply for language education.

Improving interoperability among different suppliers’ kit to eliminate, so called, vendor lock-in is a common requirement of centralized procurement authorities, but it is not, the only, let alone the most important need in selecting or mandating standards. Standards get displaced when alternatives provide distinctly better functionality or end-user interoperability. For example, the introduction of the GSM standard in mobile communications from 1992 was a major technological step forward from the various different analogue technologies deployed in European nations and no other digital standard was allowed to contend. GSM increased network efficiency with use of scarce spectrum allocations, introduced a succession of new capabilities including text messaging and data communications and enabled much wider geographic interoperability for users with international roaming. It also created a fresh start for European manufacturers who had been impeded by disparate national analogue standards with correspondingly fragmented handset and network equipment markets. The openness of the GSM standard also provided greater choice and created an expectation of less customer dependency on particular vendors. The needs of consumers, operators and equipment vendors were so much better satisfied with a new standard that it was quite possible to ignore the complications of backward compatibility and start afresh in European cellular with GSM.
Backward compatibility and dual-mode working
In order to preserve interoperability while adding new functionality and improved efficiency in ICT, it was sometimes necessary to create standards with backward compatibility to older standards or provide dual-mode working for many years. In the UK, two of only three TV channels were broadcast in monochrome with 405 line VHF transmissions until 1970, when colour was introduced with the addition of 625 line UHF transmissions.  Although the colour transmissions were backward compatible with 625-line UHF monochrome receivers, a simulcast was required to serve old, single standard, TV sets until the 405-line VHF network was eventually closed down between 1982 and 1985. In the US, cellular systems including incompatible and competing digital CDMA and TDMA technologies —introduced from the mid 1990s—were designed to incorporate existing analogue capabilities to ensure national roaming. The requirement for cellular licensees to maintain capabilities for analogue roaming throughout their networks was not relinquished until 2008.  Whereas 3G and 4G technologies (including WCDMA, HSPA, LTE and LTE Advanced) surpass the performance of 2G technologies (including GSM, GPRS and EDGE) with respect to spectral efficiency, network speeds and latency—2G technologies will most likely remain embedded in our phones for at least another decade so we can continue to roam widely worldwide. Similarly, HSPA will be included in multimode devices to maximise access to mobile broadband coverage where LTE is not present or uses incompatible frequencies. Most Blu-Ray players sold for decades to come will retain the ability to play our old libraries of regular DVDs. 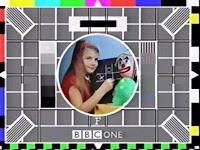