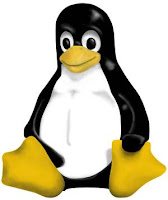 The authors conclude, with perhaps a tinge of understatement, that "Open Science Systems have not always matched their initial expectations." Perhaps the problem lies in the expectations themselves. When one considers the history of open source software, one is struck by the unique combination of ideology and technology that came together to forge "the movement". It is not at at all clear that this combination exists with respect to biotechnology, with the possible result that ideology may be the driving force, sometimes in an exaggerated and less than helpful fashion. That said, I have virtually no direct experience with open source arrangements in the biotech context. Perhaps my own views on the subject are themselves driven by my own ideological predilection on the subject.
Posted by Neil Wilkof at 05:50:00

Yet another interesting initiative on the same topic is the BioBrick Foundation. The trademarked words BioBrick and BioBricks refer to a specific brand of open source genetic parts, defined via an open technical standards setting process. These building blocks are held in plasmids and are divided into three levels: Parts, Devices and Systems. The concept creators are hoping to promote collaborative development in building open libraries of such standard biological parts and devices.

(Please see an older blog post I made about Biobrick some time ago if the topic interests you
http://intangitopia.blogspot.com/2009/03/biological-standardization-of.html)

Thanks for the discussion on theBioBrick Foundation and for the link to your earlier block post on the topic. Any thoughts on the role of ideology in all of this?

Absolutely Neil, I think that this development towards openness is an inevitable progression as knowledge privitization moves further upstream. What I mean by this is that it is more or less evident that knowledge intensive fields such as (or maybe especially) Life Sciences are being patented and intellectually claimed in areas that were previously regarded as "basic research" or part of the "public domain". This forces academic institutions and research organizations to claim their own enabling technologies to ensure that their activities are not blocked by external parties.

This increasing degree of knowledge proprietization creates a landscape of potential landmines (assuming that these patents will be enforced against infringers) for all actors in the field. As it will be more and more difficult in such landscape to single handed deliver a value proposition without having established separate agreements to circumvent all potential landmines, there will have to be a bigger solution that builds on collaboration. I think that this solution will be open innovation platforms in different shapes. In many cases I think that the actual building blocks or end-products will be these so called "platforms". BioBrick is an example of such a platform for building blocks where continued access is guaranteed by standardization procedures. CAMBIA (in the blog post above) provides an example of a similar ideology where continued access to genetic tools are ensured through a multilateral contract system (BiOS - Biological Open Source), which collectively may be seen as an open innovation platform in the sense that all users are also contributing with all improvements that they make to the enabling tools.

So, when ideologies that build on platform logics (claiming knowledge to ensure openness) are contrasted to Open Science (in the traditional sense i.e. publish to expand a theoretical "public domain") it is quite obvious to me that the future of biotech relies on a collective responsibility to ensure openness. Hence, to ensure open science in the future we will need to consciously build this openness by ensuring access.

Thanks for these comments. I am not a biotech person and so I really don't know what will motivate researchers in this field and, if the answer is collaboration, whether the ideology that drove and drives the software developer to favor collaboration will work, not work, or work with modifications, in the bio tech world. I will rely on you to keep me informed ...