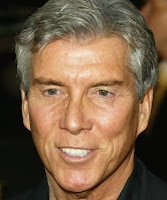 From Lee Curtis (Harrison Goddard Foote) comes this link to a trade mark which is reputed to have netted its owner Michael Buffer $400 million: the catchphrase slogan "Let's get ready to rumble". The phrase is apparently used at the beginning of boxing and wrestling matches. The same catchphrase is registered in the United Kingdom, for services in Class 35 (Advertising and promotion) and Class 41 (Cultural activities; radio, television, film, music, video and theatre entertainment services; master of ceremonies services; acting and voice-over services) in the name of Ready to Rumble, Inc.

IP Finance wonders whether this trade mark is quite such a valuable business asset in Europe. In particular, is the use of the same phrase by another person when announcing the commencement of a boxing match a 'trade mark use' which can even constitute an infringement? Would the consumer even consider that the phrase, though associated with Buffer, had the quality of a trade mark? Does it truly cause the consumer to believe that a service is being supplied by someone other than the trade mark owner? What if the voice-over had the voice of a woman, a child or a person with a national or regional accent that was manifestly not that of Buffer himself?
Posted by Jeremy at 05:59:00

Email ThisBlogThis!Share to TwitterShare to FacebookShare to Pinterest
Labels: Value of a slogan